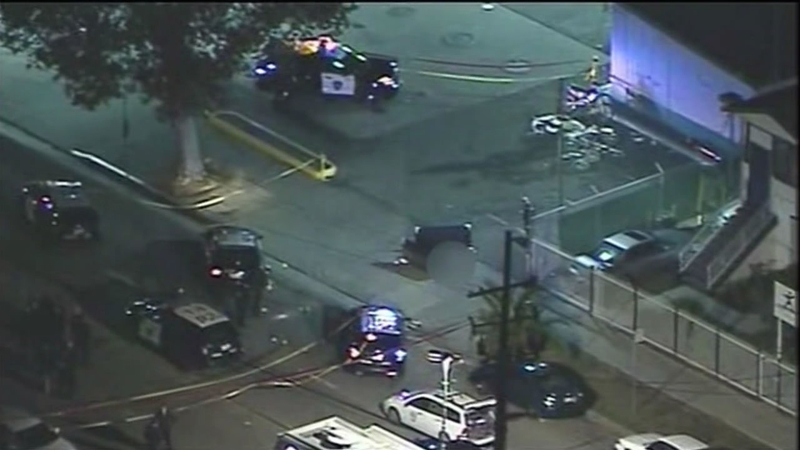 OAKLAND, Calif. (KGO) -- Oakland police say they were tipped off to the possibility of sideshow activity this past weekend and they prepared, but what they got was something much bigger.

It was a violent weekend in Oakland, capped off by a fatal police shooting.

It was a weekend of massive sideshows in Oakland and an officer-involved shooting that left one man dead. A 48-hour period that left the city's top leadership shaken.

Oakland police and the CHP say there were aware and prepared for some sideshow activity, but nothing like what they saw.

"Prior to the weekend, we did develop some information about motorcycles possibly coming to the city," said Oakland Police Chief Sean Whent.

"In the case of 700 vehicles, we were dramatically outnumbered, and that's why it's so difficult to do the enforcement action," said California Highway Patrol Officer Sean Wilkenfeld.

At one point, a group on Interstate 880 started jumped on and vandalized a police car.

On Sunday, there were more sideshows and as Oakland officers were preparing to tow some motorcycles, they encountered a man with what turned out to be a replica pistol pointed in their direction.

"The group of officers then scattered and four officers then discharged their firearms at the person with the replica pistol," Whent said.

It was Oakland's seventh officer-involved shooting this year, the fifth fatal one.

"From a common sense standpoint, it makes very little sense for a person to pull out a replica gun in the presence of hundreds of police officers," said Frank Sosa, of the Anti-Police Terror Project.