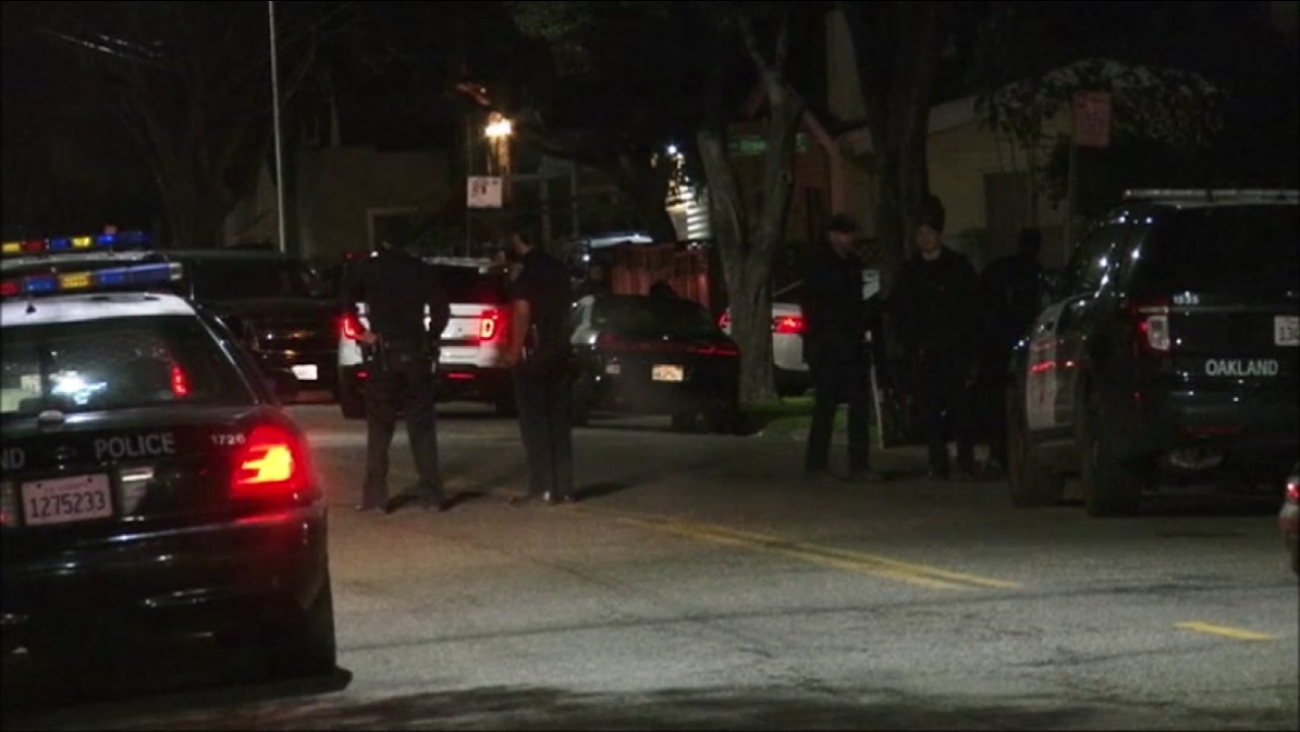 OAKLAND, Calif. -- An off-duty Oakland police officer was shot at as he drove on Interstate Highway 880 in Oakland on Wednesday night but he wasn't injured, police said.