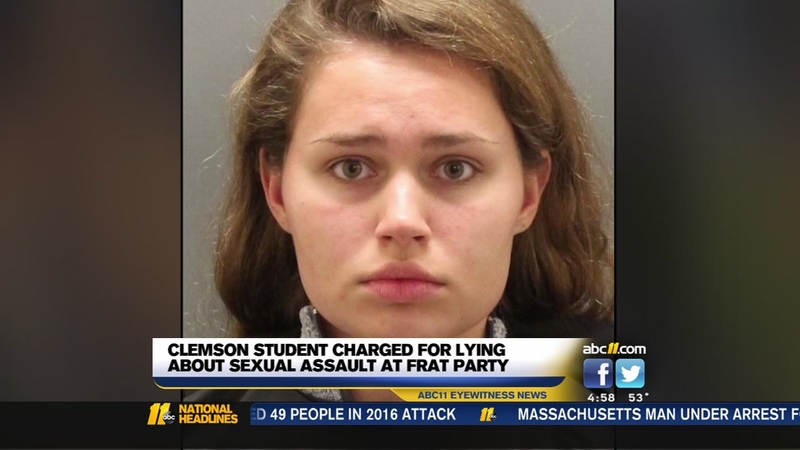 CLEMSON, SC -- An 18-year-old is facing a felony charge after she apparently lied about being sexually assaulted at a Clemson University fraternity house.

Sarah Katherine Campbell, of Herndon, Va., told police she had been assaulted at a Delta Chi fraternity house on January 27.

Deputies said as the investigation continued, and evidence was gathered in the case, it was determined that the sexual relations between Campbell and a man at the fraternity house were consensual.

Campbell was charged with filing a false police report of a felony. She was booked into the Oconee County Detention Center on Wednesday afternoon.

Deputies said that Campbell had not been truthful in the information that she provided to the investigator in the case.

Based upon that evidence, the investigator had probable cause to obtain an arrest warrant against Campbell.