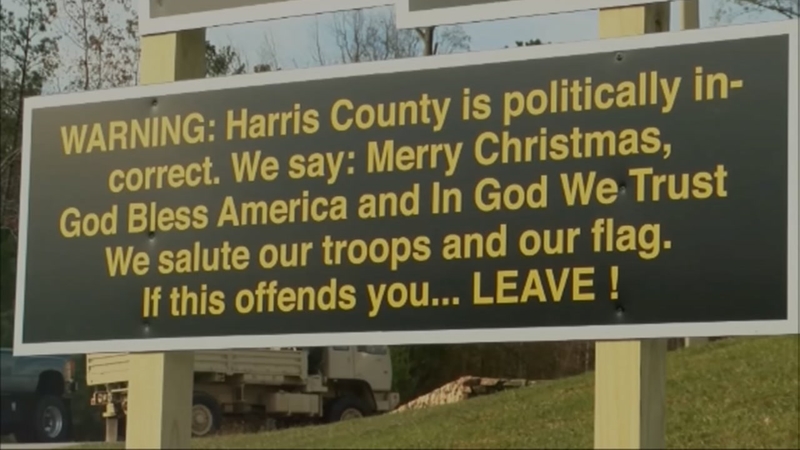 HARRIS CO., GA -- A sign in Georgia is turning heads.

The sheriff there paid for the sign with his own money that reads, "Warning: Harris County is politically incorrect. We say Merry Christmas, God Bless America and In God We Trust. We salute our troops and our flag. If this offends you -- leave!"

Sheriff Mike Jolley says he believes most people agree with it.

"I spent 20 years in the Army to give everyone the right not to agree with it, and to voice their opinion if they're not and that's fine," he said. "But after being the sheriff of Harris County for 23 years, I believe that the vast majority of my citizens here in Harris County agree with what's on that sign."