This all began with a federal probe into the activities of Chinatown gangster Raymond "Shrimp Boy" Chow. The mayor told ABC7 News on Monday that he has personally not been contacted by investigators.

Mayor Ed Lee says there is no room for corruption in city government, but the district attorney has charged three of his former fundraisers with felony charges including bribery in exchange for political access.

"If there were individuals who took advantage of that by bribing others, not only did we not know about it, we abhor it," Lee said.

"When the government is for sale we all suffer," said District Attorney George Gascon at a press conference on Friday.

"I would say there's an air of 'pay to play politics,'" Supervisor John Avalos told ABC7 News on Monday.

Avalos ran against Lee for mayor in 2011and tells ABC7 News he took responsibility after a financial audit of his campaign, and believes the mayor should apologize in this alleged corruption scheme.

"Because he's the one who's at the top of the pyramid," Avalos said.

We asked Lee since these three were doing this on his behalf, according to the charges, if he thought he bears some responsibility in this case.

He replied, "Well, Carolyn, it could happen on anybody's open campaign."

The district attorney says the investigation is ongoing and there could be other charges.

When asked if there was another shoe to drop that involves him, Lee said, "I don't believe there would be."

The mayor has not been charged with any wrong doing. 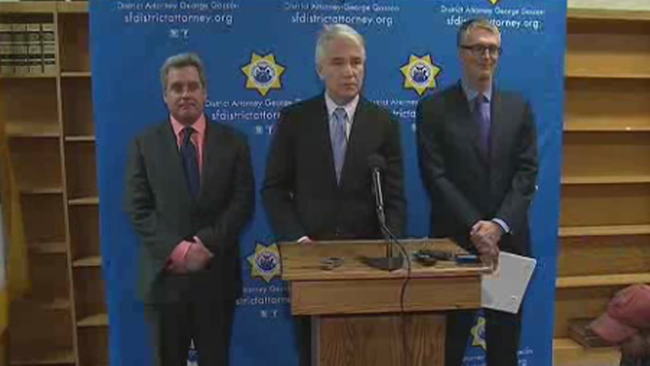