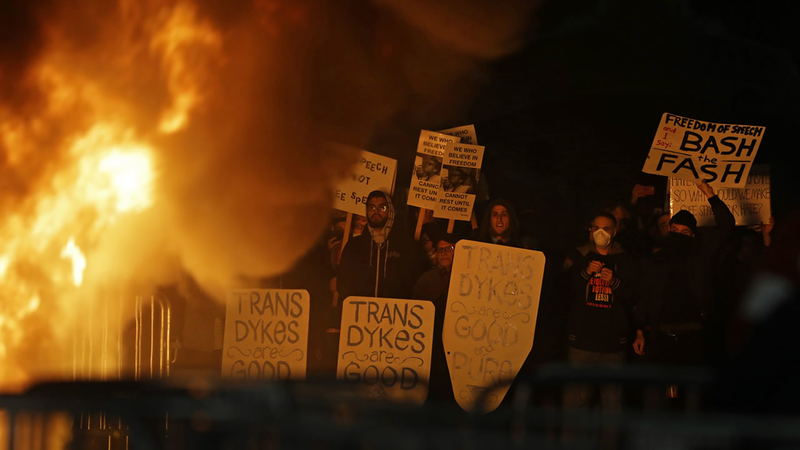 BERKELEY, Calif. -- Four people who say they were injured last year during a riot ahead of a speech by a right-wing provocateur at the University of California, Berkeley have filed a lawsuit against the university and the city of Berkeley.

The plaintiffs say in the suit that officials failed to protect them from being pepper-sprayed and beaten when they were trying to attend Milo Yiannopoulos's Feb. 1, 2017 speech. They are seeking unspecified damages.

UC Berkeley police canceled the speech citing safety concerns after a demonstration turned violent when dozens of black-clad anarchists attacked some in the crowd.

RELATED: Milo Yiannopoulos appearance may have been 'most expensive photo op' in UC Berkeley history

UC Berkeley spokesman Dan Mogulof says the university has not seen the suit and could not comment. A spokesman for the city of Berkeley Berkeley did not immediately respond to a request for comment.