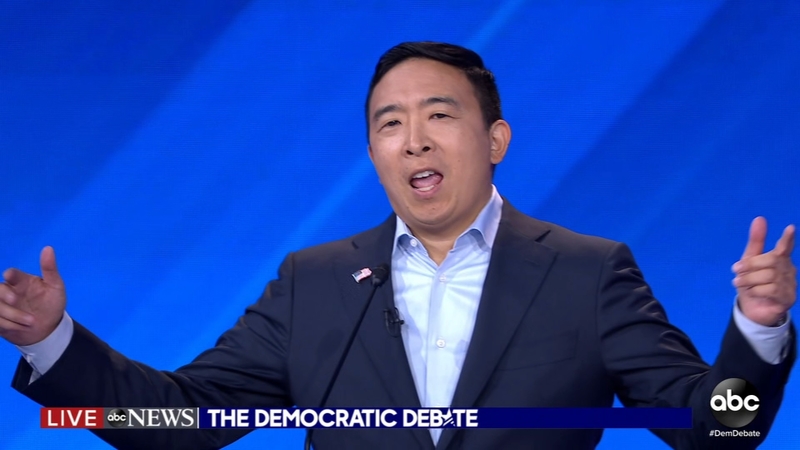 HOUSTON, Texas -- Democratic presidential hopeful Andrew Yang received cheers in the debate hall Thursday night when he announced he wants to give away $1,000 a month to 10 Americans who sign up on his website.

The offer came as the 10 Democratic candidates made their introductions to the audience at Texas Southern University in Houston, Texas.

The "Freedom Dividend," as Yang calls it, is a policy proposal he has made on the campaign trail, where every single American adult would receive a universal basic income of $1,000 a month, regardless of work status.

Yang said in order to qualify for his offer, voters should visit his website.

WHAT TO KNOW: HOUSTON DEMOCRATIC DEBATE