KGO
By Liz Kreutz
SAN FRANCISCO (KGO) -- With Bernie Sanders out of the Democratic presidential race, the question turns to what happens next?

Will the Sanders coalition get behind former Vice President Joe Biden -- the new presumptive Democratic presidential nominee? Among some Sanders supporters in the Bay Area, the answer is not necessarily.

"My personal philosophy is any Republican is worth beating and Trump is worth beating," Brandon Harami, who co-chairs the group San Francisco Berniecrats told ABC7 News. "But I can't guarantee that people are going to automatically switch to Biden. He has to do the work to earn the votes."

Sierra McVicar and Michael Young, who help run the group Bay Area for Bernie, agree. They say it's going to take more than an endorsement from Sanders to get his supporters to vote for Biden.

"What will not work is Bernie Sanders just telling everyone to vote for Joe Biden," Young said. "Bernie Sanders is not just some cult leader who can command loyalty of his supporters."
"He has to earn our votes. He has to try, and he hasn't been trying," McVicar added.

On Wednesday morning after Sanders' announcement, Biden did appear to make an effort to reach out to Sanders supporters.

"I see you, I hear you, and I understand the urgency of what it is we have to get done in this country," he wrote in a statement posted on Medium.

Harami, Young and McVicar say Biden needs to endorse policies, such as Medicare-for-All and the Green New Deal, in order to geninuely earn their votes.

"I live in California and California is a deeply blue state. I feel my vote has to be earned," McVicar said. "Now, if I lived in a swing state or a red state, or even a purple state that's a swing state, I would certainly vote for Joe Biden over Donald Trump."

"I do feel Joe Biden has the ability to earn my vote, to earn all of our votes if he tries," she said. 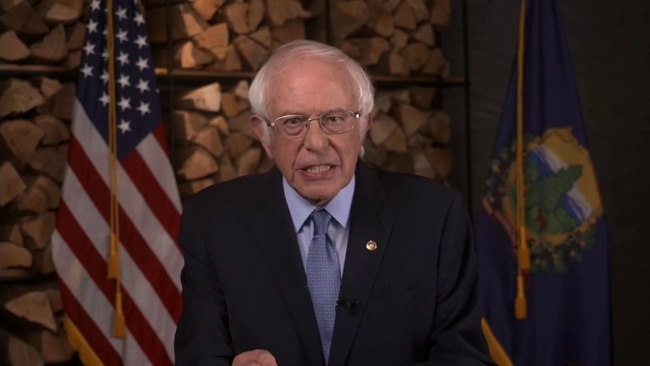