KGO
By Kate Larsen
SAN MATEO, Calif. (KGO) -- A big night for Democrats vying for their party's 2020 presidential nomination. Ten candidates took the stage in Miami on Wednesday for the first of a two-night debate.
In San Mateo, Bay Area Democrats gathered for a watch party.

"It was a huge night for women, the women really brought the fire tonight," said San Mateo Democratic Party Chair, Nicole Fernandez. Out of 10 democratic candidates on the stage in Miami, three were women.

Minnesota Senator Amy Klobuchar made sure the field knew who was fighting for their reproductive rights. "There are three people up here who have fought pretty hard for a women's right to choose," said Klobuchar on stage.

Guests at Wednesday night's watch party were impressed with candidates' performances.
"Clearly Elizabeth Warren stood out," said Andrea Reyna, who felt the Massachusetts Senator was well prepared. "She was always ready for anything that was gonna come her way."

"I was not a huge fan of Tulsi Gabbard before tonight," said Burlingame resident Mike Dunham, who explained that his feelings about the Hawaii congresswoman changed when she apologized for her history of anti-gay statements.

"Talking about how she grew up in a conservative household and believed things that she would not necessarily believe today, that resonated with me," said Dunham.

The first debate of the season left some with mixed opinions.

"For me, Booker is always going to disappoint me because he has so many ties to big money," said Reyna.

But, Half Moon Bay resident Steve Booker, no relation, liked what Booker had to say on Wednesday.

"I think Cory always stands out, he's a very educated man, obviously graduated from Stanford and he's always accessible to the people."

Fernandez said after the first debate, new candidates are becoming viable choices for her. 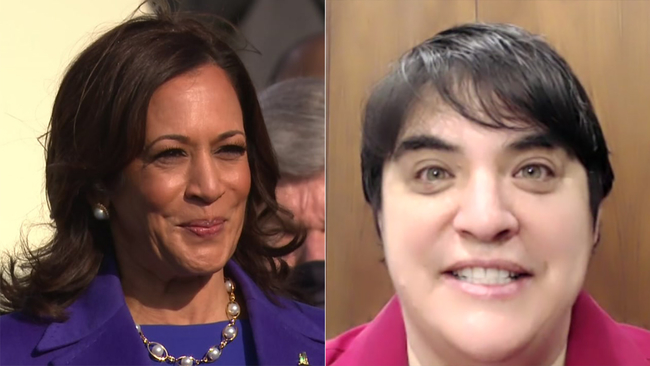