KGO
By Laura Anthony
BERKELEY, Calif. (KGO) -- It was a free speech event at U.C. Berkeley, that went on quietly in a small auditorium at the edge of campus.

This time, there were no protests and no police in riot gear standing by at the academic symposium sponsored by The Berkeley Center for New Media.

Former U.S. Labor Secretary and current Professor of Public Policy Robert Reich, who talked about the "echo chamber" that is social media with sites like Twitter and Facebook that basically feed users material that only agrees with their point of view.

"I tell my students here at Berkeley the the best way to learn is to talk to sombody who disagrees with you," said Reich. "Social media has become -- the new media -- a vehicle for suppressing views because people are afraid of being intimidated."

Lynne Hollander Savio was also on the agenda. She is the widow of Mario Savio, a primary architect of Berkeley's Free Speech Movement, which began in 1964.

Savio expressed concern over recent protests at "free speech" events at Berkeley that devolved into violence.

"Despite the provocations, I think students should not rise to the bait," said Hollander Savio. "When you attack and try to limit the speech of anyone, even if its very valueless speech, then you run into a wall of opposition that unites everybody against you." 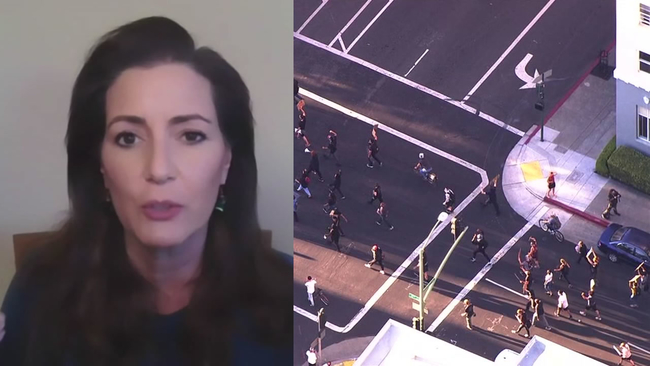 A timeline of events related to the death of Breonna Taylor