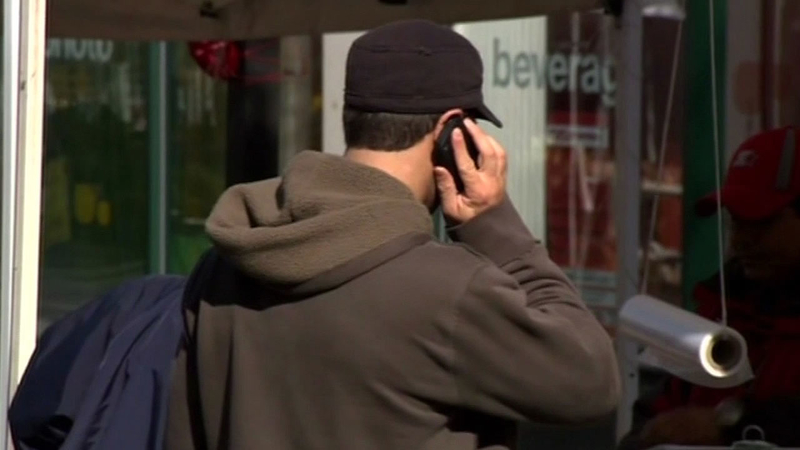 SAN FRANCISCO (KGO) -- The issue of cellphones and possible radiation dangers is back in court. The industry is suing the city of Berkeley over its ordinance requiring customers to be told about possible health warnings.

The city of San Francisco had a similar ordinance and it was then challenged. Eventually, the San Francisco Board of Supervisors said the city couldn't afford all the legal costs and it was dropped.

Berkeley's ordinance is called "Right to Know" and it is the watered-down version of San Francisco's and it too may not survive.

When buying a cellphone in Berkeley, customers must be told about radiation exposure. The ordinance was passed by the Berkeley City Council and is now being challenged in court by the cellphone industry.

"There may be circumstances when the government can provide a warning label with something, but the government has to show justification for it and Berkeley is not able to do that," Ted Olson, a cellphone industry attorney said.

But supporters of Berkeley's ordinance say the health implications when holding a cellphone too close are not what customers are told. They are merely following the FCC recommendations.

"There is in your phone information that the FCC requires that says keep it a defined distance from your body or you may exceed the exposure limits," Lloyd Morgan from the Environmental Health Trust said.

Ellie Marks of the California Brain Tumor Association says that information regarding radio frequency exposure provided by the FCC is already on your phone, but many don't know it's there.

Here's how to find it: You go to settings, go to general, go to about, scroll down to legal, go to RF exposure and there it is.

The cellphone industry takes issue with the ordinance because it warns of a greater potential risk for children, even though it is not backed by any scientific study.