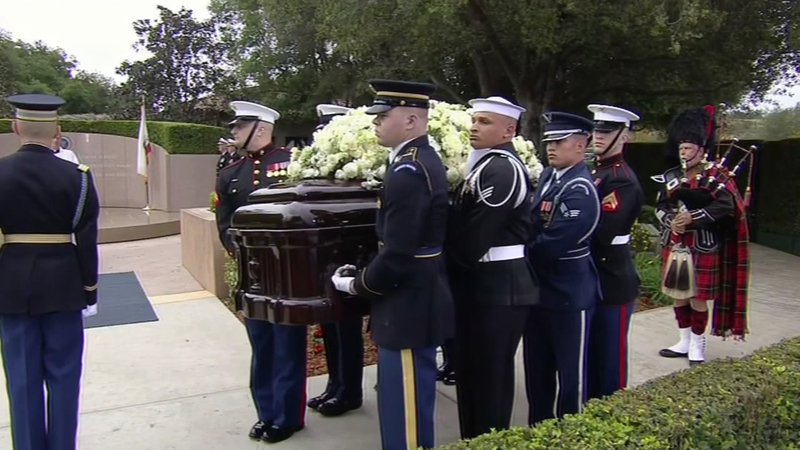 SIMI VALLEY, Calif. (KGO) -- After two days of public viewing, about 1,000 people attended a private funeral service Friday for former First Lady Nancy Reagan. It was a private service for the people who knew her the best and loved her the most, especially through the eyes of the late President Ronald Reagan.

"When he was on a movie set, or on the road for General Electric, or as a candidate, or as governor, or as president, he wrote her every single night," said former Secretary of State James Baker. 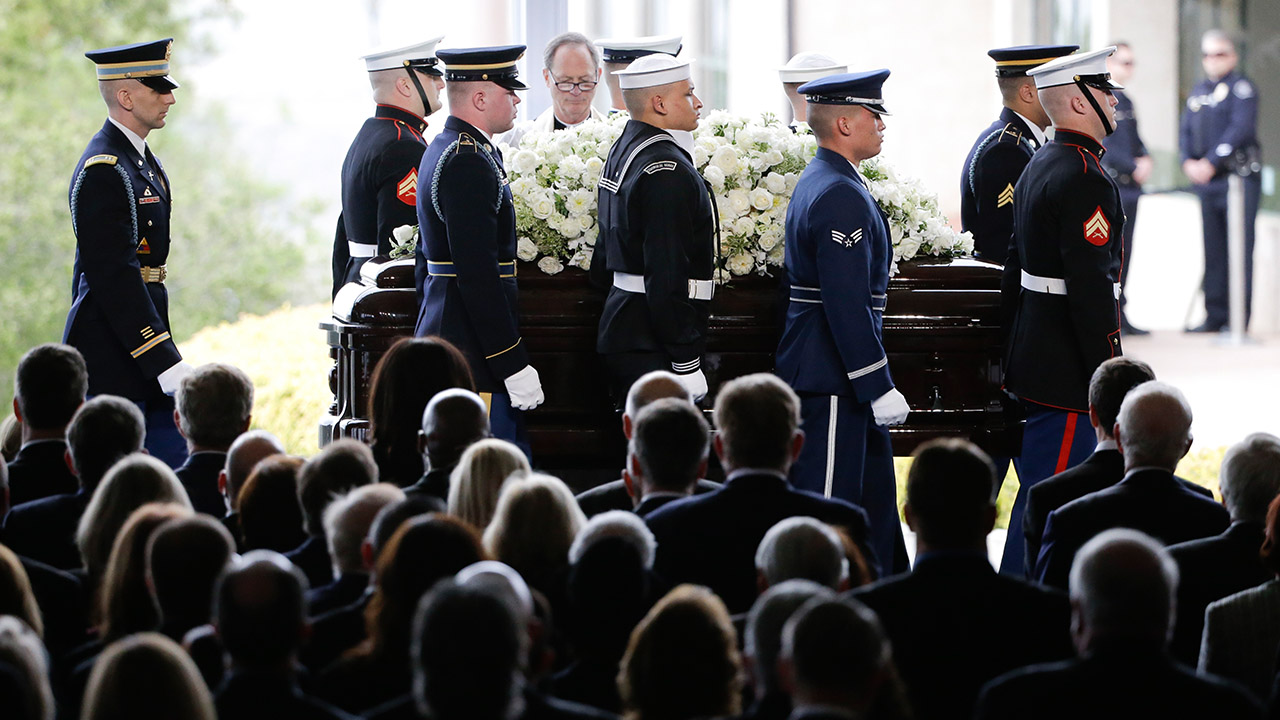 "Browning asked; 'How do I love thee - let me count the ways?' For me there is no way to count. I love the whole gang of you," said Browning while reading the letter.

"My parents were two halves of a circle," said daughter Patti Davis.

Her two children paid tribute to their mother, while acknowledging theirs was not always a close relationship.

"But there were moments in our history when all that was going on between us was love, I choose to remember those moments," said Davis.

Among the first ladies, a past president, and some of Hollywood's biggest stars there was a large measure of comfort in Nancy Reagan's passing; a strong sense that she will be exactly where she wants to be. 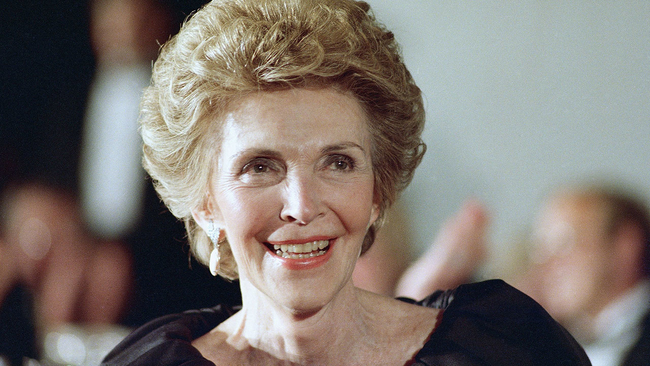 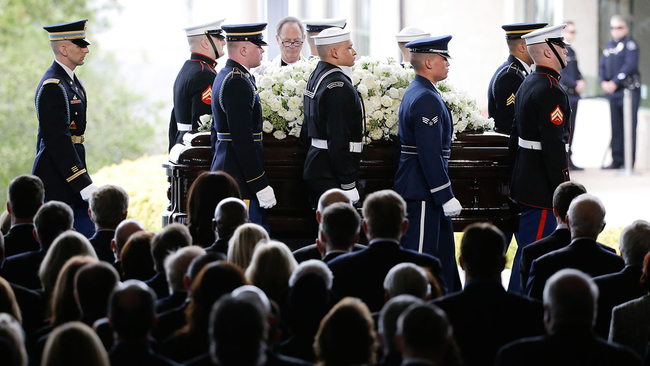 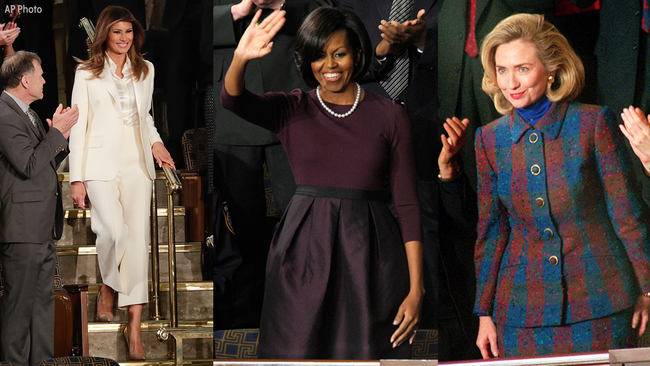 First lady fashion at the SOTU through the years 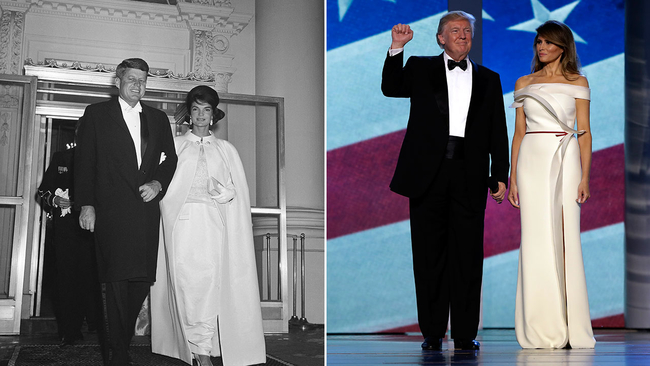