Gavin Newsom files papers to run for governor of California

KGO
SAN FRANCISCO (KGO) -- The latest poll by the non-partisan Public Policy Institute of California shows the California Governor's race to be a neck and neck contest between Lt. Governor Gavin Newsom with 23 percent of likely voters and former Los Angeles Mayor Antonio Villaraigosa with 21 percent. Could it be more than just a battle of the two men, but a battle between their cities?

Joe Mathews of Zocalo, a media and civic non profit believes the answer is a resounding yes. Matthews says how Californians feel about the rival cities could impact the Governor's race.

Mathews says, "In the entire history of the state, no Los Angeles Mayor has been elected to State-wide office. That's because people don't like Los Angeles. but the question this year is maybe that's changed because L.A. may not be the big tiger, the thing we love to hate, San Francisco has become so powerful, so rich, that maybe we hate it more."

He calls San Francisco a "gilded" city with tech companies that intrude in all Californians lives and says that's leading to resentment. According to Mathews critics feel the candidates match the stereotypical images of their hometowns. He says, "Newsom is sort of aloof and cold and rich"... while the view of Villaraigosa is " that he's too street, too Latino.. too warm."

James Taylor, a political science professor at the University of San Francisco believes the average voter will focus on bread and butter issues - not regional rivalries, though he says there is a power struggle between North and South that those actively engaged in politics will take into account. "It's important to note Northern California has dominated California politics if you look at Kamala Harris, Jerry Brown, Dianne Feinstein, Barbara Lee, Barbara Boxer, and Nancy Pelosi," Taylor said.

The top two vote-getters in the June 5 primary will advance to the November election. 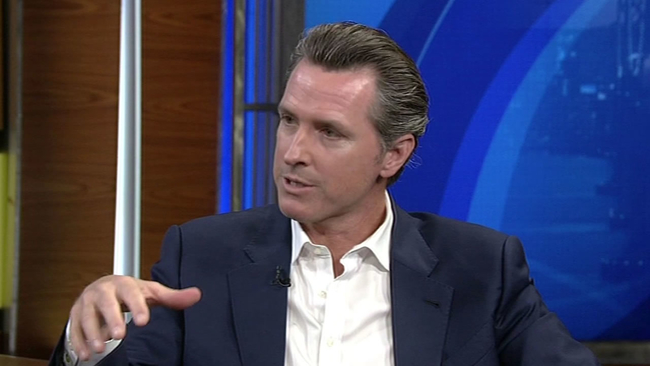 1 more CA county joins the purple tier
CA is getting 327K doses of Pfizer vaccine; who will get it first?