She addressed a crowd of about 500 people as part of a launch event for Stanford's new Global Digital Policy Incubator.

On the topic of digital technology, Clinton focused her remarks on Russia's interference in the 2016 election.

She called the hacking of a U.S. election by a foreign adversary "the darker side of technology."

She told the audience, made up mostly of students, that Russian agents flooded social media with attack ads and stories intended to whip up support for Donald Trump and suppress support for her.

It was an easy segue to her new book titled "What Happened" in which she details why she lost to President Trump.

Earlier on Friday, she signed copies of her book at a bookstore in downtown San Francisco. 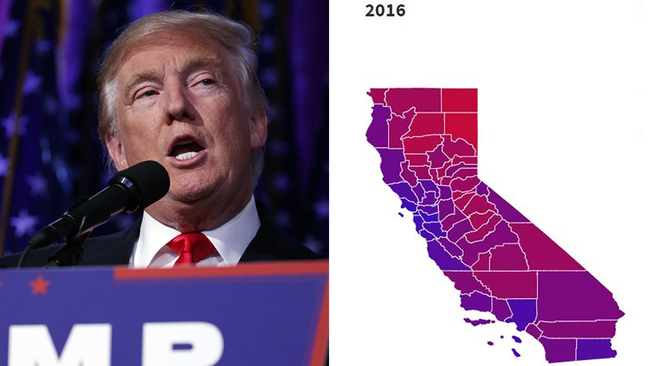 MAP: Trump gained and lost votes in these CA counties since 2016