KGO
SAN FRANCISCO (KGO) -- Hillary Clinton was in town for a fundraiser and stopped in Chinatown to have some tea with San Francisco Mayor Ed Lee.

The two events that were scheduled on her calendar were not open to the press or the public, so her afternoon stop surprised many. She arrived around 3:45 p.m. at the venerable Red Blossom Tea Company - a business that is owned by Alice Luoung, whose father opened the store 30 years ago.

Luoung said she brought out her best tea for Clinton and Lee. Clinton seemed to like the samplings, especially ones that came from Taiwan and China. Her presence drew a large crowd outside of about 50-60 people.

Merced resident Alex Metzroth said he was headed to Red Blossom to get some tea and found out Clinton was there too.

Varuna Bhandari, a tourist from India said, "Well I missed out on my Alcatraz trip, so I just came walking and it was like a jackpot."

Clinton scheduled two fundraisers in the city. One held by hedge fund billionaire and environmentalist Tom Steyer. The other event was held by her good friend Susie Tompkins Buell, founder of Esprit clothing line.

Clinton will be in Los Angeles Thursday also raising money. She is charging $2,700 per person for those invited to her fundraisers.

She will be back in the Bay Area on Saturday to raise money.

Clinton on a campaign swing through SF holding couple of fundraisers and this tea meeting with Mayor Lee. pic.twitter.com/nUQl4gGMnZ

Clinton was in Nevada on Tuesday where she discussed immigration reform.

"We can't wait any longer for a path to full and equal citizenship. Now this is where I differ with everybody on the Republican side. Make no mistakes, today not a single Republican candidate, announced or potential, is clearly or consistently supporting a path to citizenship. Not one. When they talk about legal status, that is code for second class status," said Clinton.

On Friday, Clinton will attend a luncheon at the Portola Valley home of eBay president John Donahoe. Meanwhile, environmental advocates plan to protest Clinton's visit. They are angry that she has yet to take a stand on the tar sands and the Keystone Pipeline.
Related topics:
politicssan franciscochinatownpresidential racethe white houseed leedemocrats2016 electionu.s. & worldhillary clintonfundraiserbarack obama
Copyright © 2020 KGO-TV. All Rights Reserved.
HILLARY CLINTON 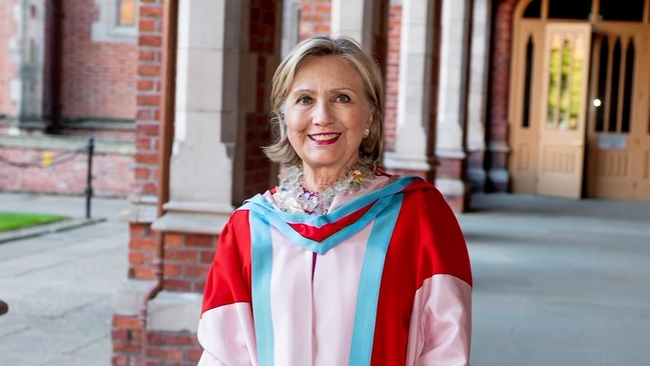