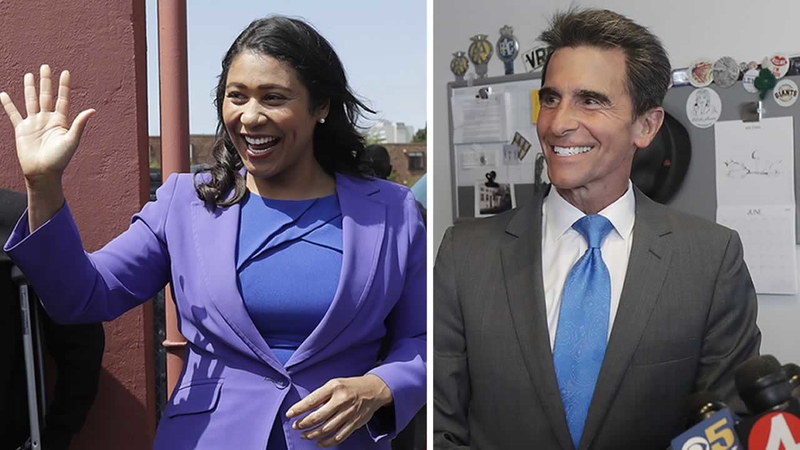 SAN FRANCISCO (KGO) -- The San Francisco Department of Elections released the latest results Monday in the race to fill the mayoral seat left empty by the late Ed Lee.

London Breed is now 1,601 votes ahead of Mark Leno, maintaining her narrow lead. She was up 1,580 votes on Sunday.

There are an estimated 18,000 provisional and absentee ballots to count.

Board of Supervisors President London Breed has 50.38 percent.

Leno was about one percentage point ahead of Breed, after taking the majority of third place finisher, Jane Kim's, supporters.

The race narrowed over the next three days.

The turning point came on Saturday as absentee ballots were counted. Breed pulled ahead.

Breed spokesperson Tara Moriarty says Breed is waiting and watching like everyone else. "She's very excited to see the outcome. Because for a lot of us in San Francisco, we feel like we're in a state of limbo."

Leno issued a statement before this latest count, "It remains to be seen over the next few days, but it's not over."

While it's not over, Breed's camp is feeling confident.

They released a map Monday afternoon showing the she won most precincts in the city.

Breed supporters hope it'll be enough for victory in the closest election for mayor in recent San Francisco history.