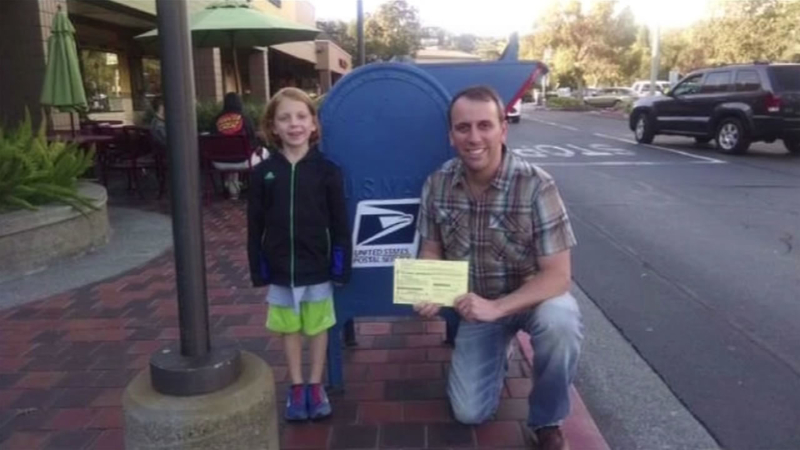 SAN FRANCISCO (KGO) -- Trying to get out the vote on election day 2015, despite millions of dollars spent, turnout is low. So now, in a state where selfies are a way of life one California legislator says it's time to free the masses the voting masses.

Lots of people are proud of voting on election day and took selfies with their ballot for social media, but that's against voting laws in California. One lawmaker wants to change that and get more people to the polls.

Others want more than just an "I voted" sticker. Some are documenting the event, taking "ballot selfies" and posting them on social media.

North Bay Assemblyman Marc Levine says the law is rarely enforced, but a law he wants to change. In fact, he's been posting ballot selfies for years with his kids. Even the 2014 ballot where his name appeared and he cast a vote for himself.

Levine's real motive is getting voters to the polls.

"Voter participation is at historic lows and a ballot selfie helps promote that it is election day and people should be voting," he said.

Voters in Indiana are posting proud ballot selfies Tuesday. Such pics were banned there until being overturned by a judge. But can a picture really get people to vote?

"Definitely, I think social media is a great way to get people thinking that something is exciting and fun," San Francisco resident Mary Haywood said.

Not everyone is convinced. Some election workers say there's a reason signs forbidding cameras are posted at polling places.

"What is enhanced by this idea of taking selfie? As far as I'm concerned nothing. It's not the security of your ballot. It's whether or not your vote counts," said Marin County election worker David Green.

Hugh Gregory is not so sure he'd post a ballot selfie. "I'll keep it to myself," Gregory said,