AP
WASHINGTON -- Closing out a tumultuous year, President Barack Obama sought to lay the groundwork Friday for his last year in office by vowing not to fade in the background but instead use his remaining months to push longstanding goals to fruition.

The end of 2015 marks a major transition point for the president, who has one year left to try to finish as many of his projects as possible. He won't be rolling out sweeping new policy proposals that would be unlikely to get serious consideration amid the focus on electing his successor. The White House is promising Obama will deliver a "non-traditional" State of the Union address in January laying out an agenda that includes securing congressional approval of the Trans-Pacific Partnership trade pact, taking further steps on climate change and bolstering gun control measures.
Related topics:
politicswashington dcrepublicanspresident barack obamaeconomypresidential racethe white housedemocratsu.s. & world2016 electioncongressbarack obama
Copyright © 2020 by The Associated Press. All Rights Reserved.
BARACK OBAMA 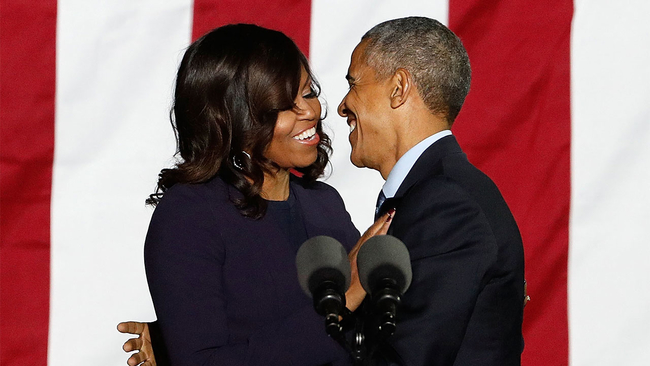 Barack Obama's birthday message to Michelle: 'You are my star'
Fans line up to see former Pres. Obama speak in SF