SAN FRANCISCO -- Democratic presidential candidate Pete Buttigieg is making his final pitch to California voters ahead of the state's primary on Super Tuesday. In a one-on-one interview with ABC7 News anchor Liz Kreutz he pitched himself as the less divisive "alternative" to Bernie Sanders.

"If folks are looking for an alternative to Senator Sanders, somebody who is delivering real, progressive change -- we're talking about major reforms to healthcare, holding corporations accountable, empowering workers, raising wages, acting on climate," the former South Bend, Indiana mayor said of the Vermont Senator. "If you're looking for someone who can do those things -- and also do it with a tone that can bring people together instead of the divisive rhetoric that we've often heard from the Sanders campaign -- then I think I'm the campaign for you."

CHASING CALIFORNIA: A look at Mayor Pete Buttigieg's fight to win the moderate vote in California

According to FiveThirtyEight, recent polls show Buttigieg lagging behind the 15% support needed to win state-wide delegates in California. He also lacks support among voters of color. Still, he said there is a path forward in his campaign.

Buttigieg went on to say that while he respects Sanders, he believes a "majority of Democrats are looking for something else."

Buttigieg spoke to ABC7 News from Columbia, South Carolina, where he is campaigning ahead of the primary Saturday. Despite low support from black voters, he said he expects he will "beat expectations" in the state. He also said he also expects to get a "healthy" number of delegates on Super Tuesday.

ABC7 News also asked Buttigieg about novel coronavirus concerns and how he would contain the spread and economic fallout as president. He criticized President Trump for claiming the novel coronavirus is a "hoax" by Democrats.

"It is downright dangerous for the president, as he did yesterday, to use the word hoax to describe what is clearly a present threat to the American people," Buttigieg said. 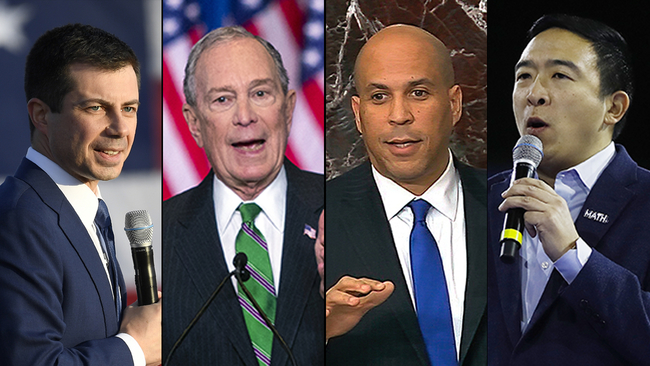