KGO
By Clare Malone for FiveThirtyEight 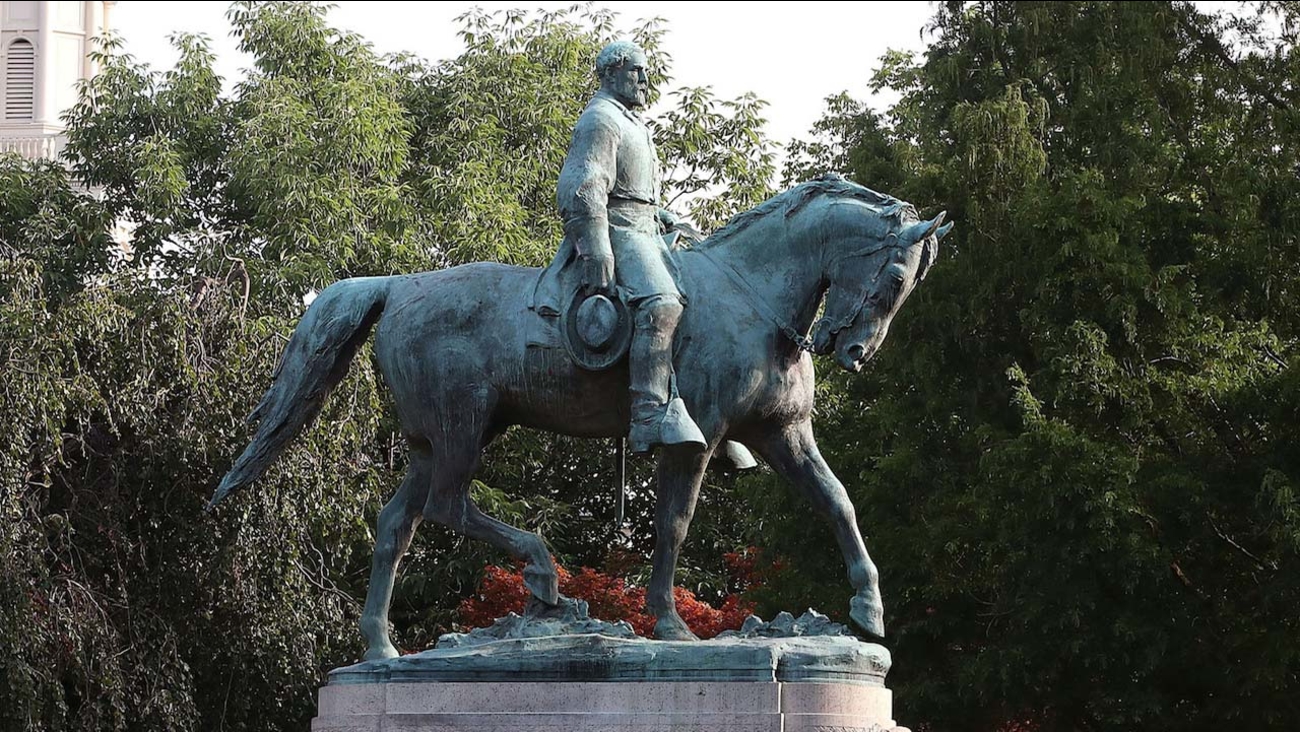 A statue of Robert E. Lee in Charlottesville. (Mark Wilson/Getty)

President Trump's defense of "very fine people" within the ranks of white supremacists in Charlottesville last weekend has angered many, including Republican politicians. But Trump has also tried to stand up for something else: the statues that the white supremacists ostensibly came to defend. On Thursday morning, Trump tweeted, "Sad to see the history and culture of our great country being ripped apart with the removal of our beautiful statues and monuments." That's a far less controversial stance - new polls show many Americans share his views on the statues, or are at least unsure how they feel about them.

Sixty-two percent of respondents to an NPR/PBS Newshour/Marist University poll conducted after the violence in Charlottesville said that statues honoring leaders of the Confederacy should remain standing as historical symbols rather than be removed. In a different poll, by Economist/YouGov, a plurality of people (48 percent) said they disapproved of removing the Robert E. Lee statue from the Charlottesville park while 30 percent approved of taking the statue down. Notably, more than one out of five people (22 percent) had no opinion - a show of real ambiguity from Americans who aren't sure about the best thing to do.

The polling shows a partisan split on the statue question, as you might expect: About half of Democrats in the YouGov survey said they approved of Charlottesville removing its Lee statue, versus 11 percent of Republicans and 24 percent of Independents. Only 27 percent of Democrats disapproved of the statue being removed. Many people weren't sure what to think, including nearly a third of independents and one-in-five Democrats. (The Marist poll found Democrats and Republicans split on roughly the same lines when asked about removing Confederate statues more broadly.)

The issue of statue removal is a relatively new national debate - there are few polling questions on it - even though local communities have grappled with the renaming and removal of Confederate-era memorials for years. Democrats Nancy Pelosi and Corey Booker are calling for the removal of Confederate monuments in the U.S. Capitol. Now, cities are also responding to the national conversation by moving quickly to take down statues. Baltimore removed its Confederate statues in the dead of night and the mayor of Richmond, Virginia, is asking for that city's to be removed.

But some Americans - those who are unsure of what to do or who don't want to make a change from the status quo - appear to still be pondering whether history is history, for better or for worse. Perhaps some regions of the country with fewer Confederate monuments - the Northeast, West and Midwest aren't as fluent in the debate over whether these statues are racist symbols or vestiges of a fraught history that has something to teach us.

Trump may know the statue debate is a safer place for him to be than the maelstrom over whether both sides were to blame in Charlottesville. His true sentiments about his white nationalist supporters, whatever they may be, can lie unseen in the tall grasses of a more academic debate about how we memorialize our history.
Report a correction or typo
Related topics:
politicsdonald trumpcharlottesville demonstrationsu.s. & worldfivethirtyeight
Copyright © 2021 KGO-TV. All Rights Reserved.
TOP STORIES
South Bay mom accused in teen sex parties extradited from Idaho
Americans arrested for trying to board flight in Switzerland
SF In-N-Out sends strong message against COVID vaccine mandate
'Firestorm' tells Oakland Hills fire survivors' stories 30 years later
North Bay residents celebrate as rain moves in for the week
Rain in Bay Area forecast for next 7 days
Curry, Warriors stun James, Lakers 121-114 in opener
Show More
Vacation home renters targeted with threat, vandalism in North Bay
All counties in California now under drought emergency declaration
4-year-old survives fall off 70-foot cliff while hiking with parents
Lesbian pioneers pave the way for LGBTQ+ rights
Port of Oakland offers to help ease SoCal backlog
More TOP STORIES News