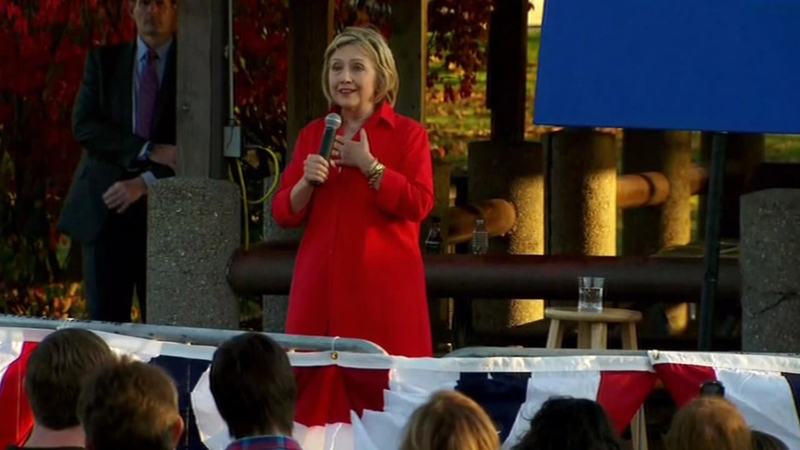 She started with a fundraising luncheon in Sacramento put on by a prominent developer and his wife at their home.

According to Politico, Clinton was in Silicon Valley for a fundraiser hosted by the Wojcicki family. Susan Wojcicki is the CEO of YouTube.

ABC7 News caught up with Duf Sundheim, one of the GOP candidates for U.S. Senate. He said more candidates turn to fundraising events to deliver their messages in a more controlled environment, rather than a big campaign rally where people lose some connection to the candidates. "I think that we really suffer as a democracy by having that separation because I believe that the best ideas come from the hearts and the imaginations of the people, rather than pollsters and advisors," Sundheim said.

Clinton will travel to Los Angeles Wednesday night for another fundraiser hosted by Christina Aguilera and then she will head to a separate event being put on director Rob Reiner. Then, she'll tape an episode with Jimmy Kimmel on Friday.