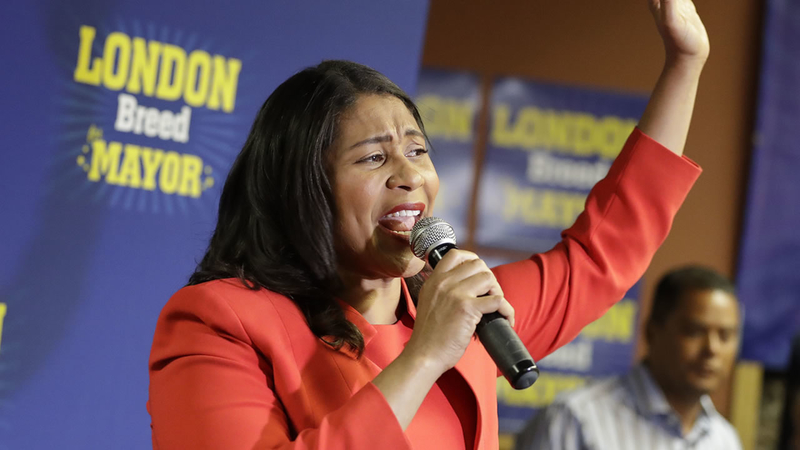 SAN FRANCISCO (KGO) -- The workers in the basement at San Francisco city hall have worked 18-hour days, 16-hour days and are now down to 12 hours a day counting the ballots in San Francisco.

As of Tuesday afternoon, London Breed is still leading the mayor's race with 50.42 percent of the vote, and Mark Leno has 49.58 percent. That's a difference of just 1,861 votes.

There are an estimated 8,000 votes left to count, which means that workers could possibly be done counting by as early as Wednesday.

Observers from the mayoral campaigns of Mark Leno and London Breed remain on site, scrutinizing the process. According to Elections Director John Arntz, the ranked choice voting system is not making the process slower than usual, though RCV dubbed instant runoff is anything but. Arntz says "this is really how elections happen, this is the process. San Francisco is really no different from other counties in the state."

San Francisco voters approved the method back in 2002, where they rank their top three picks. It allows like-minded candidates to team up. That's what Mark Leno and Jane Kim did in this mayoral race against London Breed and that's what happened to Oakland Mayoral candidate Don Perata in 2010.

The beat goes on! Ballots still being processed for SF Mayors race. Pros&cons of ranked choice voting @abc7newsbayarea at 4&6 pic.twitter.com/m0X2PVPYPU

The perceived frontrunner was beaten by Jean Quan after she and a rival joined forces against him. Perata's political consultant, Larry Tramutola, believes ranked choice voting is too confusing and allows insiders to manipulate the system. "I bet if you asked 100 people on the streets, there's not five of them who could tell you how ranked choice voting works, and that's a problem."

"We also see more women and people of color getting elected into office with ranked choice voting across the four Bay Area cities that use it. "

The other Bay Area cities are San Leandro, Berkeley, and Oakland.