San Francisco 8th graders get a special treat: A visit from Hillary Clinton

KGO
By Dion Lim
SAN FRANCISCO (KGO) -- The news of former Secretary of State Hillary Clinton speaking at an eighth-grade graduation in San Francisco was kept hush, hush. But the cheers and applause from the audience who gathered behind the Hamlin School's gates in San Francisco's Pacific Heights neighborhood could be heard all the way down Broadway on Friday morning.

The Hamlin School is an all-girls private middle school. For graduating eighth graders like Alexa Tabibian, the experience of hearing the former first lady speak was surreal. "I never thought I'd ever get to see her in person and it was just so great," Tabibian said.

From the eighth graders to younger students, from staff to the people who congregated outside the school after the ceremony, all agreed Clinton's message was a relatable and powerful one that inspired many.

"I didn't know she had those hardships of bullying. I have gone through some bullying and that connection really touched my heart." -- 8th grader at Hamlin School on their commencement speaker, Hillary Clinton. pic.twitter.com/T6fLBxybD5

Ella Smith is a student graduating in 2019. "She started talking about her mom...and she told us how she was able to get past how she was bullied," Smith said. "She was bullied when she was younger and she talked to us about how you need to get up from that and move forward."

Graduating eighth grader Ryan Froeb felt a connection to Clinton after her speech. "It was very striking. I didn't know she had those hardships of bullying," Froeb said. "I have gone through some bullying as well and that connection just really touched my heart."

Some of Clinton's messages seemed to address her defeat against President Donald Trump in the 2016 presidential election.

"It was inspiring to see how Hillary used her womanhood to...inspire the girls and show them that it's not going to hold them back in society, especially considering the current political climate. I think that she really showed that obstacles can be overcome and that it's not the failures that we have, it's how we come back from them," said Whitner Reichman, whose younger sister was among the Hamlin graduates.

It's not known how much Clinton was paid for the appearance or if at all. Several parents suggested Clinton was tapped by close friend Susie Thompkins Buell, who has a granddaughter graduating at the school.

As quickly as the Secret Service whisked the former first lady into the building, Clinton finished her speech and was escorted away. But her message of resilience and gratitude will live on at Hamlin.

Dion Lim will have the latest on this story at 4:55 p.m. and 6p.m. on ABC7. Follow her on Twitter for udpates.
Report a correction or typo
Related topics:
politicssan franciscoeducationhillary clintonequal rightswomen
Copyright © 2020 KGO-TV. All Rights Reserved.
RELATED
Hillary Clinton talks cyber security at Stanford
EDUCATION 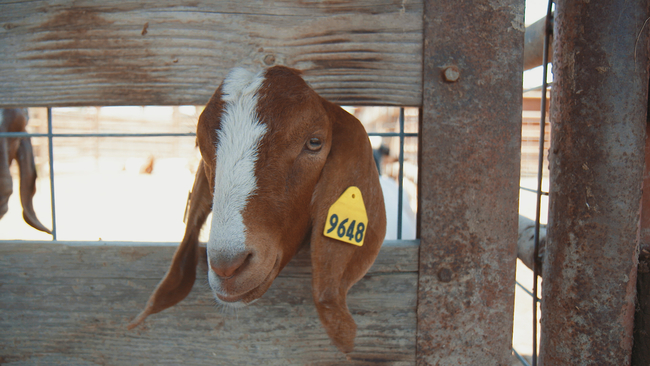