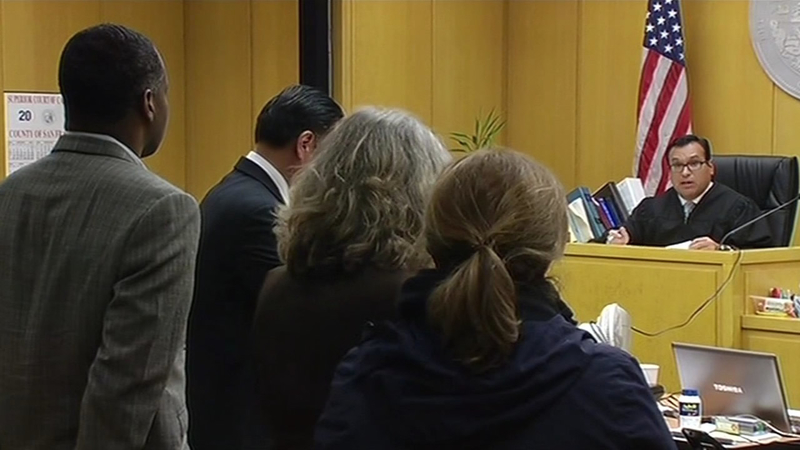 The former Human Rights Commissioner Nazly Mohajer and Zula Jones, who was a commission staffer, were escorted by renowned trial lawyer John Keker.

The former school board president, Keith Jackson, has already pleaded guilty to separate federal racketeering charges. In that case, Jackson was arrested in 2014 along with Senator Leland Yee and Chinatown gangster, Raymond "Shrimp Boy" Chow.

In this new state case, the three are charged with soliciting bribes and money laundering in return for political favors..

Jackson, whose $200,000 bail was put up by a relative, is now represented by public defender Jeff Adachi's office.

Adachi says his lawyers have a challenging case since the charges against his client go back four long years.

"That's very difficult because you have to find witnesses. You have to reconstruct what happened. And that puts the defense at a disadvantage," explained Adachi.

The judge agreed to defense lawyers requests to postpone the arraignments until late February.