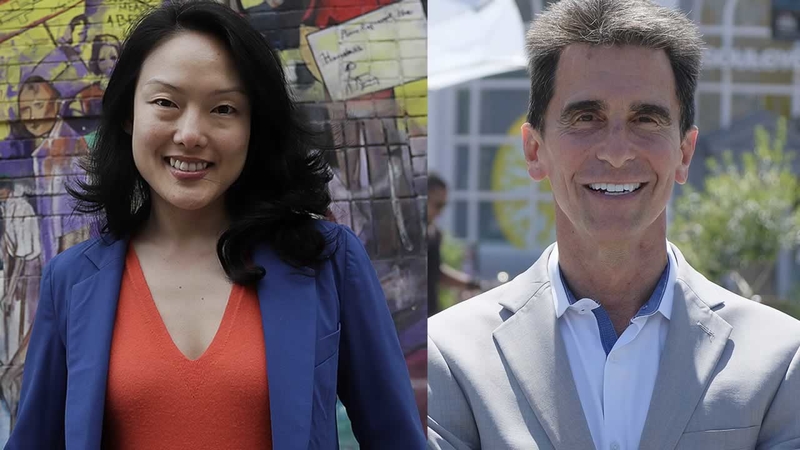 SAN FRANCISCO (KGO) -- There are new mayoral campaign posters out Thursday that have many doing a double take. They show candidates Jane Kim and Mark Leno together forming an alliance.

Unless you've been hiding under a rock, you know they are both opponents.

"This is the politics of today and that's why I'm running for mayor and that is why I'm endorsing State Senator Mark Leno as my number two endorsement," Supervisor Kim told supporters at a press conference Thursday.

Now Leno and Kim are asking their supporters to vote for them as their first and second choices, which could jeopardize London Breed's chances of wining the June 5 mayoral race.

"Whoever is at the bottom of every round falls out and their votes gets redistributed," explained David Latterman, a political strategist with Brick Circle Advisors.

Let's say a person votes for Leno as their number one candidate, Kim number two and Breed number three. If Leno comes in third, he is out of the race and that vote now goes to Kim.

But Latterman thinks it may not work.

"I really think from their standpoint, it's too little too late, I think, to make this strategy work. We haven't see it work many times, but to make it work you need to be all in early on," said Latterman.

He says it worked in the 2010 Oakland mayoral race against Don Perata only because then-candidates Rebecca Kaplan and Jean Quan joined forces very early on in the race. Quan ended up defeating Perata.

Breed reacted to the new alliance against her. "I make sure that my focus is on my campaign and not take anything for granted here," she told reporters as she cast her ballot Thursday.