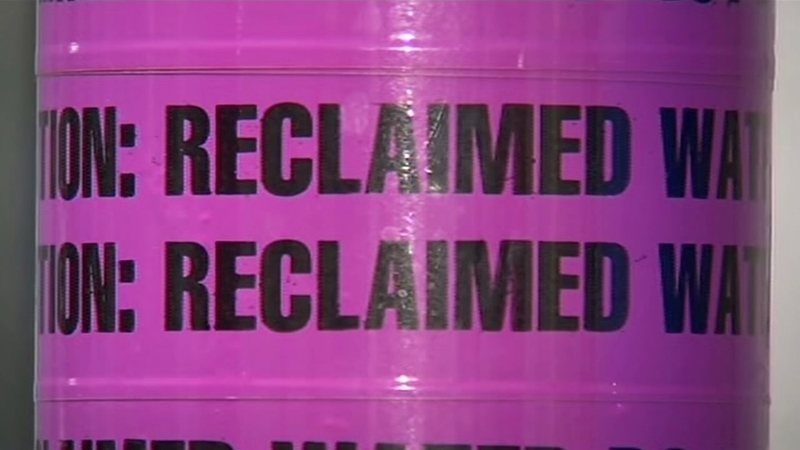 SAN FRANCISCO (KGO) -- The rain on Tuesday, unfortunately, is not going to do much to quench California's historic drought. In San Francisco, one supervisor is looking toward a long-term solution with a new proposal that would change the way major developments use water.

The landscaping might not look like much, but it's doing serious work for the San Francisco Public Utilities Commission headquarters.

"We're essentially mimicking what happens in a wetland into a compact urban building," said SFPUC spokesperson Tyrone Jue. "So, the plants that we see around the perimeter of the building, and right here next to us, are actually treating the wastewater to a point where we can reuse it for all the toilet flushings."

Jars show what the water looks like before, during, and after treatment. The entire process takes about 2.5 days. Jue says it cuts the building's overall water usage by about 75 percent.

"The big picture here is we should not be using potable drinking water to flush our toilets, to irrigate our landscaping, it's a huge waste of water," Wiener said.

The legislation puts the upfront cost on developers. On Tuesday, ABC7 News couldn't find a single one who wanted to talk about it.

Wiener says the price tag isn't as high as you might think.

"We anticipate that the increase in cost will be between 1 and 2 percent," he said. "That is a lot lower than the affordable housing requirement or other requirements that developers have to fulfill."

If passed, the supervisor says at least several dozen proposed developments would be affected.