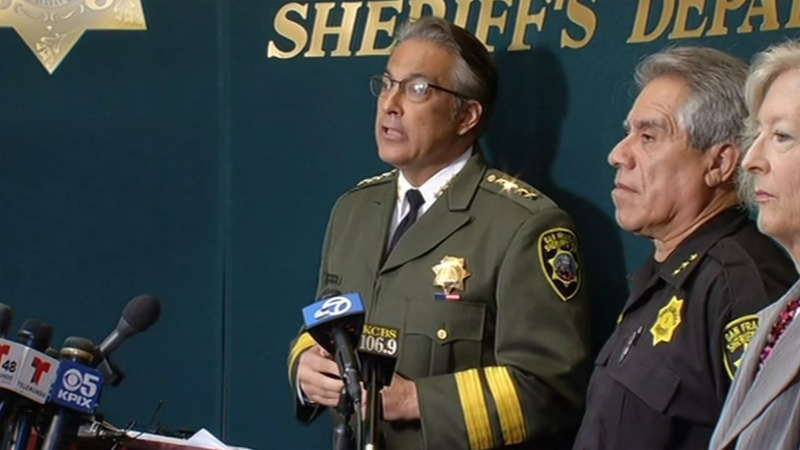 SAN FRANCISCO (KGO) -- San Francisco Sheriff Ross Mirkarimi's driver's license has been suspended because he failed to report a car accident. His office describes the accident as a fender bender.

The San Francisco Chronicle reported the other driver did file a report with the DMV as required, but the sheriff did not.

His license was suspended in February.

The accident happened while the sheriff was on misdemeanor probation accused of grabbing and bruising his wife's arm.

As of Monday, he has not filed the report or paid a fee to regain his driving privileges.

The Sheriff's Department issued a statement saying: "The sheriff only learned of this from the press. When the accident occurred he contacted his insurance company and was informed that everything was in order. He is looking into where the error in paper work occurred that led to this mistake."

Eugene Cerbone, president of the San Francisco Deputy Sheriff's Association, told ABC7 News, "As sheriff, you should know better the laws more so than anybody."

He says Mirkarimi's latest incident and his response to it is what the city has come to expect from the sheriff. From his domestic violence troubles involving his wife, to the department's policies that critics say led to the shooting death of Kate Steinle on Pier 14, Cerbone says Mirkarimi refuses to accept accountability.

"It's always somebody else's problem, or somebody else is doing something wrong, and I think people see that and they're embarrassed. It keeps getting worse," Cerbone added.

Mirkarimi's opponent in the sheriff's race, Vicki Hennessy, seems to agree. Her campaign wrote, "An inability to take personal responsibility for his actions is a consistent failing of this sheriff."

Mirkarimi and Hennessy face off in a town hall debate on Tuesday.