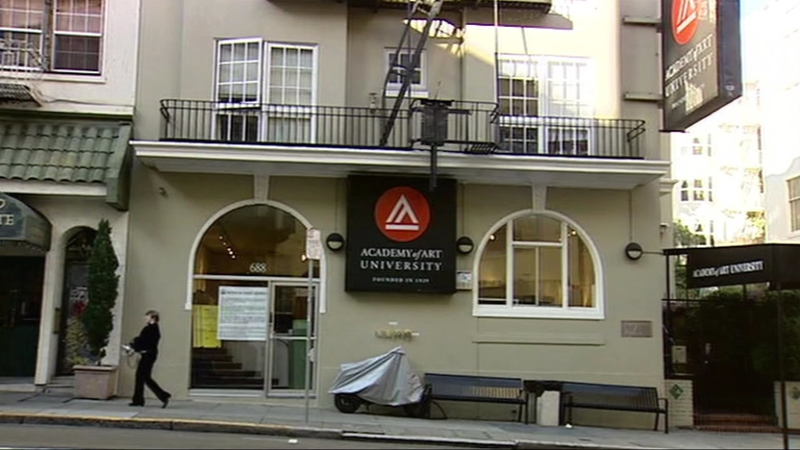 SAN FRANCISCO (KGO) -- The City of San Francisco is suing one of its biggest landlords: the Academy of Art University.

The City Attorney Dennis Herrera says the properties are filled with permit violations. He says the family that owns the academy has been getting away with violations of the planning code because they're rich and politically connected.

The Academy of Art, he said, thumbed its nose at building code regulations for a decade. That it set up a web of corporate affiliates to purchase and lease properties for the school's use, properties that could have been used for low income housing, estimated at close to 300 residential dwellings.

The academy has been the subject of nearly two dozen planning commission hearings this past decade for permit violations. The commission has been working with the school to resolve problems. But Herrera says he's run out of patience.

"Again and again Academy of Art met our good faith with bad faith," he said.

"The academy played San Francisco for a fool, but that is coming to an end today," said Supervisor Aaron Peskin, a longtime critic of the academy's real estate empire.

Herrera's lawsuit targets 23 of the 40 properties the academy operates in the city.

James Brosnahan, the school's attorney, says the lawsuit was unnecessary.

"We have made a settlement offer as they say, which is very important part of this picture," explained Brosnahan.

Brosnahan says they offered the city $10 million. In addition, the academy would lease an 89 unit building for affordable housing. And they would build new student housing in the future instead of buying existing buildings.

In the meantime, Brosnahan says he'll continue working with the planning commission.

SF City Attorney suing Academy of Arts saying it broke laws regarding its real estate empire in the City. pic.twitter.com/4oeDF2Z7c2