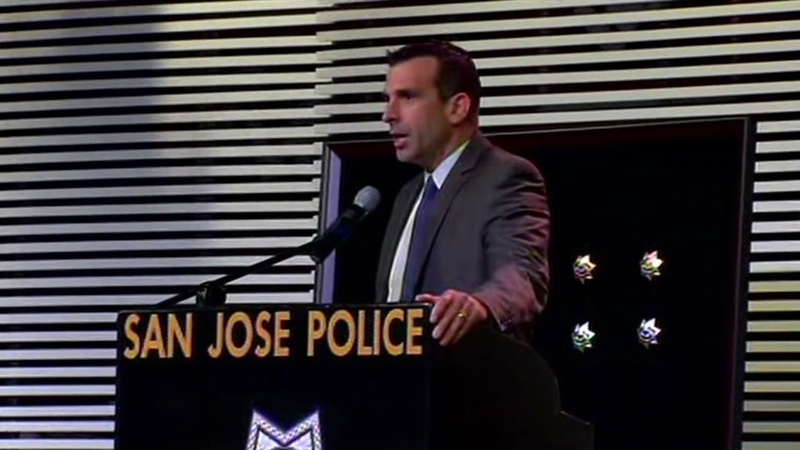 Measure B talks in San Jose

Talks over pension and benefit reform could resume as early as next week. So, what prompted the potential breakthrough over Measure B?

"The mayor and city council's willingness to replace Measure B, is a massive shift in the right direction," said James Gonzalez with the San Jose Police Officer's Association.

Mayor Sam Liccardo sent a letter to local unions this week expressing the city's desire to go back to the bargaining table for negotiations and look at alternative strategies to implement pension reform.

"I'm looking forward to finding a way to ensure that the intent of the voters is fully protected, at the same time that we find a way to settle all of these issues," said Mayor Liccardo.

Measure B, which forced city employees to contribute more of their pay to retirement, was approved by nearly 70 percent of voters back in 2012.

Since then it's been involved in one legal battle after another. Some say that has come at a cost to public safety and has been a disadvantage for the San Jose police department, as potential applicants look to neighboring agencies for better benefits.

A promotional ceremony was held for the department Friday. Lieutenant Heather Randol was one of 11 officers promoted to a new role.

"We have gone through some difficult times, but I can tell you it's a great place to have a career and I'm very hopeful that moving forward, we're going to fix some of the issues that we have, and we're going to be able to recruit some really great officers, like the ones we've had here all along," said Lt. Randol.

And there are also some recruits waiting in the wings.

"We have approximately 16 recruits right now that are currently in the FTO program, meaning they are with an officer right now, in full uniform, awaiting to be released, into a patrol beat structure," said San Jose Police Officer Albert Morales.

Both sides are eager to get back to negotiations as early as next week.

"It's a very positive thing, and we look forward to getting to the table and starting the very tough work of crafting what will be legal, and pension cost savings, that will allow us to retain officers, as well as other critical workers in our city's workforce," said Gonzalez.