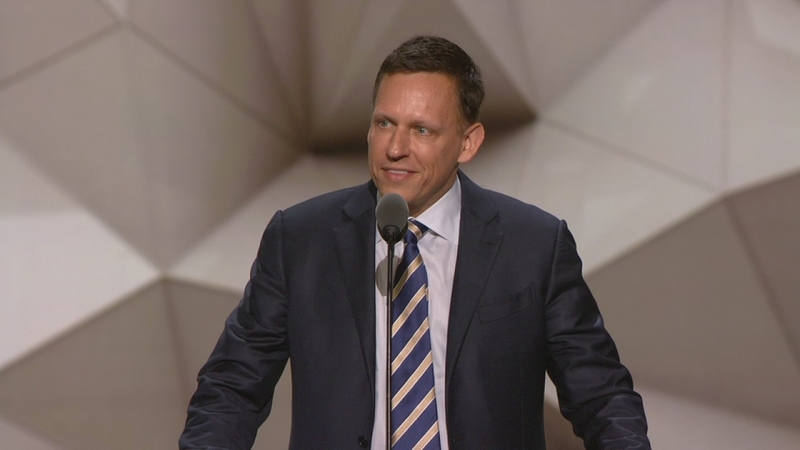 CLEVELAND, Ohio -- High-tech entrepreneur Peter Thiel says he's proud to be gay and proud to be a Republican - but most of all, proud to be an American.

And that declaration is winning Thiel loud cheers at the Republican convention.

The PayPal co-founder is the first person to give a GOP convention speech and acknowledge being gay.

** Click on the video player above to watch Thiel's full speech **

Thiel says the culture wars are distracting Americans from important economic issues. He says debates over transgender people and bathrooms are "a distraction from our real problems."

His speech caused a stir on social media. First off, it caused a lot of people to go to Google to find out more about him:

+1,100% spike for searches for @PeterThiel in past hour

And plenty of people talking about his speech -- from all sides of the political arena:

I too am from Cleveland; I'm also proud to be gay; But unlike @peterthiel, I can't support someone like @mike_pence who denies my equality.

What did you think about his speech? Tell us in the comment section below.