Trump's open path to nomination causes agony for some in GOP 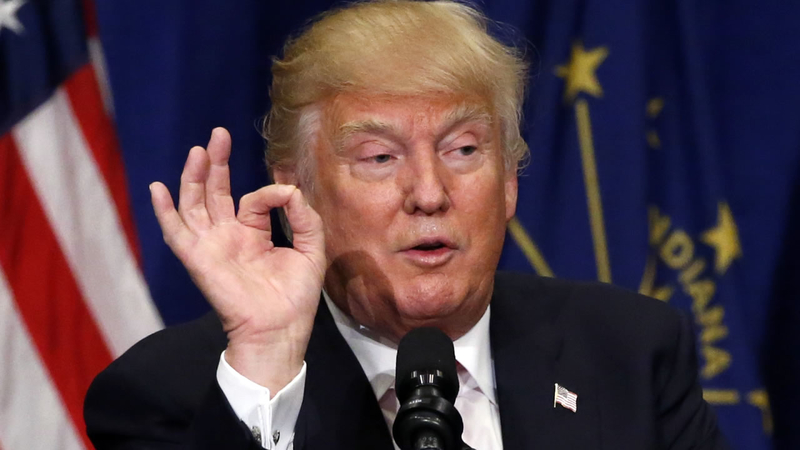 Trump's open path to nomination causes agony for some in GOP

The billionaire businessman vowed to unite the splintered GOP, even as he was bitingly dismissive of members who have been critical of his campaign.

"Those people can go away and maybe come back in eight years after we served two terms," he said on NBC's "Today" Show. "Honestly, there are some people I really don't want."

RELATED: Trump, Clinton all but certain to face off in fall campaign

Clinton, in her first remarks since Trump's new status was crystalized, said she was more than prepared to handle the kind of deeply personal attacks that helped defeat Trump's Republican rivals.

"To me, this is the classic case of a blustering, bullying guy," the all-but-certain Democratic nominee told CNN.

The long and chaotic Republican primary came to an abrupt end after Trump's decisive victory Tuesday in Indiana. His win pushed Texas Sen. Ted Cruz, his closest rival, out of the race, with Kasich following on Wednesday.

"The people of our country changed me," Kasich said during an emotional speech announcing the end of his campaign. "They changed me with the stories of their lives."

Trump's takeover of the GOP marks one of the most stunning political feats in modern political history. A first-time candidate, he eschewed traditional fundraising and relied more on his own star power than television advertising to draw attention. He flouted political decorum with controversial statements about women and minorities, leaving some Republicans convinced he won't be able to cobble together the diverse coalition needed to win the general election.

"It's his party between now and November, but I don't think it's going to be his party after November," said Peter Wehner, a former adviser to President George W. Bush. Wehner is among the Republicans vowing to never vote for Trump, even if that means essentially handing Clinton the presidency.

Bob Vander Plaats, an influential evangelical leader who backed Cruz, withheld his support for Trump Wednesday, saying the real estate mogul needs to prove his conservative credentials with his vice presidential pick and more information about what kind of judges he would appoint. "It's kind of a wait-and-see moment with Mr. Trump," he said.

Vander Plaats and a handful of other Republicans are clinging to the hope that an alternative option might yet emerge. Operatives have floated former Texas Gov. Rick Perry, Nebraska Sen. Ben Sasse and former Oklahoma Sen. Tom Coburn as possible candidates for a third-party or independent bid. But that is a long shot at best, with filing deadlines for getting on state ballots fast approaching.

There was notable silence from major Republican leaders Wednesday. House Speaker Paul Ryan and Senate Majority Leader Mitch McConnell did not comment on Trump. A spokesman for George W. Bush said the former president "does not plan to participate in or comment on the presidential campaign" - a remarkable lack of public support for Trump from the last Republican to occupy the White House. A spokesman for Bush's father, former President George H.W. Bush, said simply, "At age 91, President Bush is retired from politics."

Still, several GOP governors and senators said they would support Trump, according to a survey by The Associated Press.

"Our first and foremost goal is to elect a conservative, pro-business, strong on national defense, a man who will stand behind our freedoms and our rights, and that person is Donald Trump," Oklahoma Gov. Mary Fallin said. "It is not Hillary Clinton."

Clinton has yet to shake Vermont Sen. Bernie Sanders, the democratic socialist who has energized young people and liberals with his calls for sweeping government-run health care and education programs. Still, Clinton has 93 percent of the delegates she needs to clinch the Democratic nomination and now is focusing her attention on Trump.

"He is a loose cannon and loose cannons tend to misfire," Clinton said Wednesday. Her campaign also released a web ad featuring clips of prominent Republicans, including his former rivals, bashing Trump.

Both Clinton and Trump head into the general election with historically high unfavorable ratings. But Clinton is generally popular within her own party, particularly with women and minority voters who are crucial to winning general election battleground states like Florida, Colorado and Nevada.

Some Republicans fear Trump's poor standing with those voters will not only cost the party the White House for a third straight term but the GOP's Senate majority as well. Some Republican senators in tough races struggled Wednesday to position themselves in a party with Trump at the helm. One, New Hampshire Sen. Kelly Ayotte, said that while she would support him in the election, she would not endorse his candidacy.

Trump turned quickly to the general election, saying he would begin accepting more political donations and was starting to vet potential running mates. He told MSNBC's "Morning Joe" he was inclined to "go the political route" and pick someone with legislative experience.

He later said he could consider Kasich, predicting the Ohio governor would be helpful this fall in any role given his state's significance in the general election.

Though armed with an extensive resume in politics, Kasich struggled to connect with Republican primary voters in a year dominated by anti-establishment frustration. He was a more moderate candidate who embraced elements of President Barack Obama's health care overhaul and called for an optimistic and proactive Republican agenda.