KGO
SAN FRANCISCO (KGO) -- Board of Supervisors President London Breed has been named San Francisco's acting mayor after the sudden death of Ed Lee on Tuesday.

Breed is the first African-American woman to hold the position.

Generally associated with the board's "moderate" political faction and previously rumored to be weighing a run for mayor, Breed grew up in a public housing complex in San Francisco within the district that she now represents.

Breed has said her childhood experiences have helped inform her thinking on issues such as housing, where she has worked to include housing priced for moderate-income earners in city affordable housing requirements, and safe injecting rooms, which she has championed after seeing her own sister die of a drug overdose.

Watch the video above for more about her life and career. 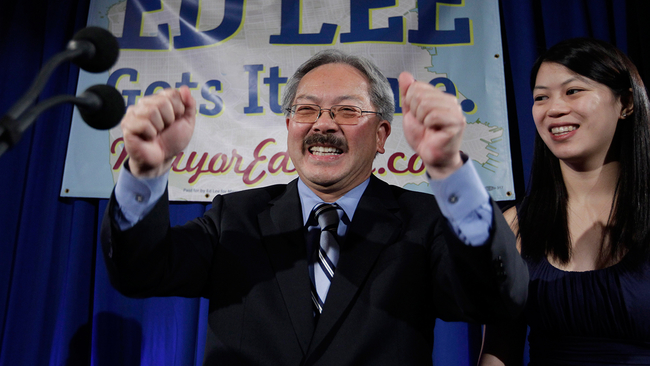