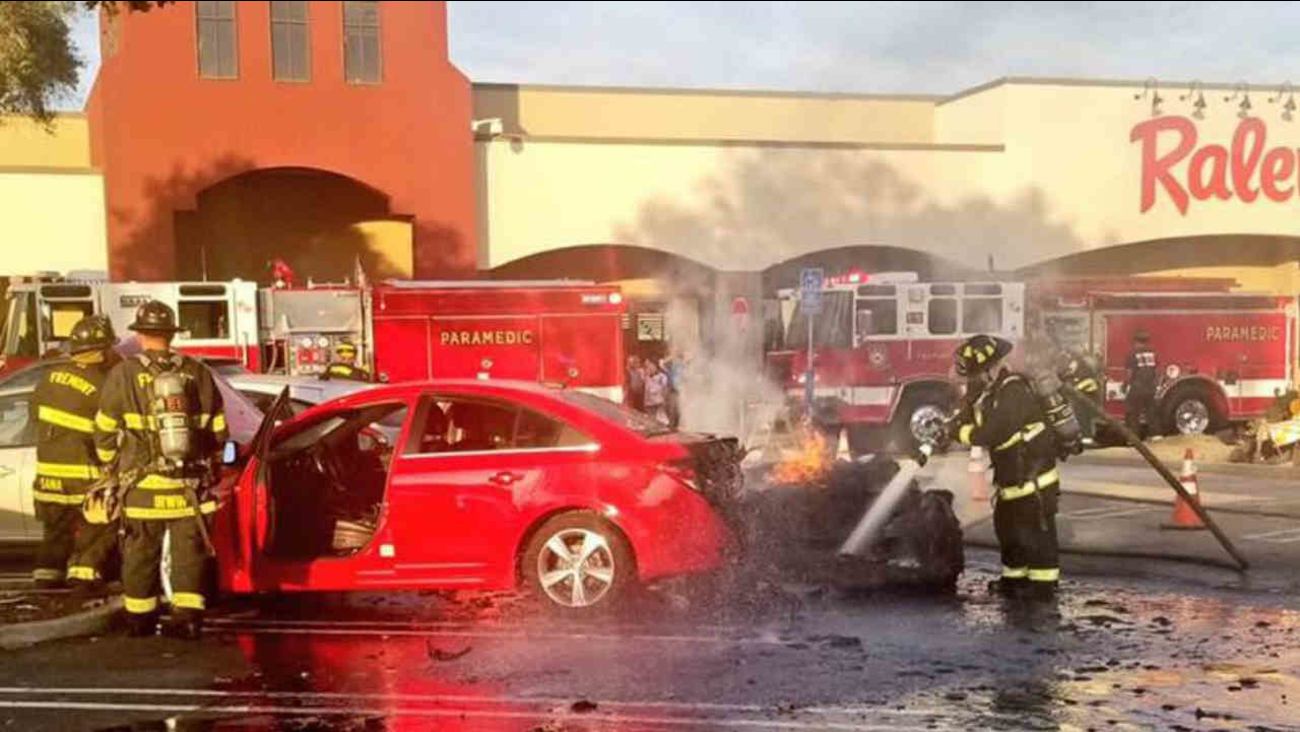 A fire burning a 1955 Porsche Spyder was reported to police at about 5:20 p.m. at the Raley's grocery store at 39200 Paseo Padre Parkway.

Police spokeswoman Geneva Bosques said the store is close to the police station and officers were there quickly. Bosques said officers were impressed at how residents helped each other stay away from the fire, with at least one person pushing another in a wheelchair.

Fremont fire Battalion Chief Gary Ashley said the driver of the Porsche smelled gas as he was driving.

The driver got out of the car when it caught fire and it rolled in to another vehicle, which also caught fire. A third vehicle was almost part of the blaze.

Two fire engines were needed to put out the fire because of the amount of water needed, according to Ashley.