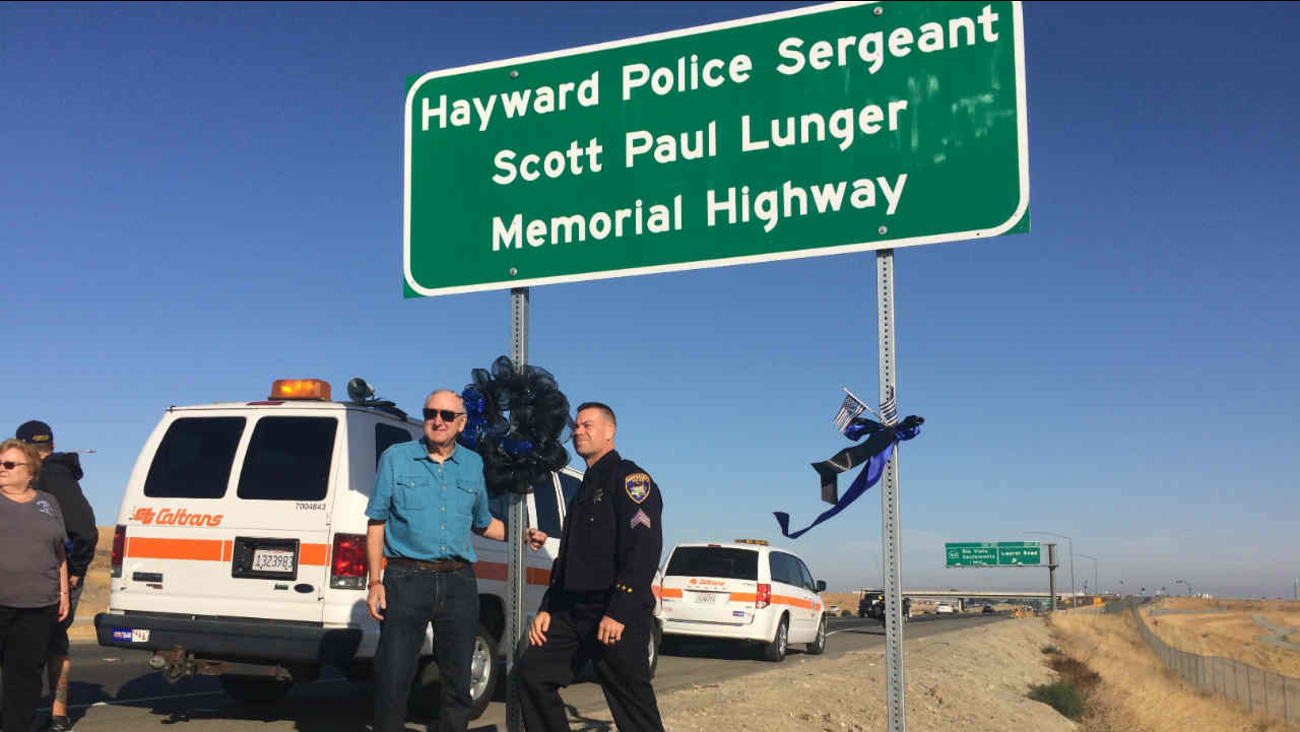 A sign for a stretch of Highway 4 named after Hayward Police Sergeant Scott Lunger is seen in Oakley, Calif. on Saturday, September 22, 2018. (Caltrans)

OAKLEY, Calif. -- A portion of State Route 4 is now named for Hayward Police Sgt. Scott Lunger, who was killed three years ago during a traffic stop, according to the California Department of Transporation.

The agency today unveiled signs for the Police Sergeant Scott Lunger Memorial Highway, on State Route 4 between Laurel Road in Oakley and Balfour Road in Brentwood.

Lunger, of Brentwood, was 48 years old when he was gunned down near Myrtle and Lion streets in Hayward about 3:15 a.m. July 22, 2015. He was pronounced dead at Eden Medical Center in Castro Valley a short time later.

His accused killer, Mark Estrada, is charged with murder for allegedly shooting Lunger after the sergeant and another officer stopped his pickup truck for driving erratically. Estrada, 24, of Oakland, is set to stand trial later this year.

"Sgt. Scott Lunger was a dedicated officer who exemplified the true character of the brave men and women who devote their lives to law enforcement, said Assembly member Jim Frazier, who authored a resolution to name the route after Lunger.