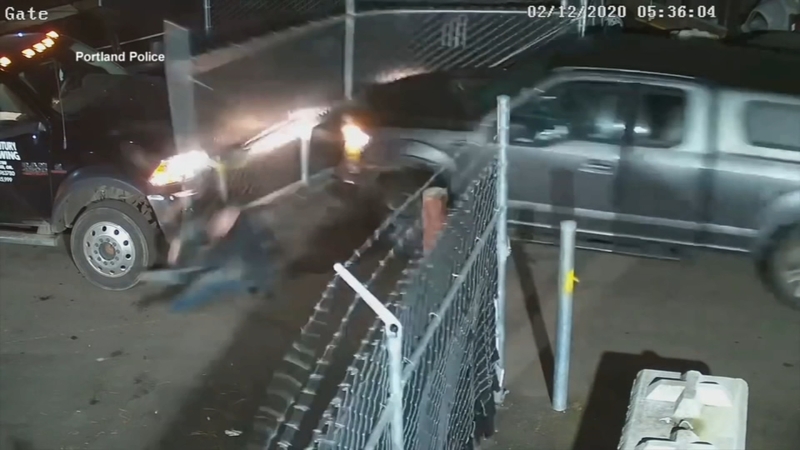 PORTLAND, Oregon -- Police in Portland, Oregon have released video of a suspected truck thief who crashed through a tow yard gate injuring a worker earlier this week.

It happened on February 12 at a tow yard on North Kerby Avenue.

Police say one suspect can be seen on video crawling under a gate and later taking off in a 2016 Ford F150.

Video shows the worker trying to stop the thief, but the driver rams into the gate, nearly running over the man.

Two suspects, a man and a woman, are being sought at this time.

Police say they are looking for a 2016 Ford F150, charcoal in color, with matching canopy, bearing Oregon license plate 628JPG.