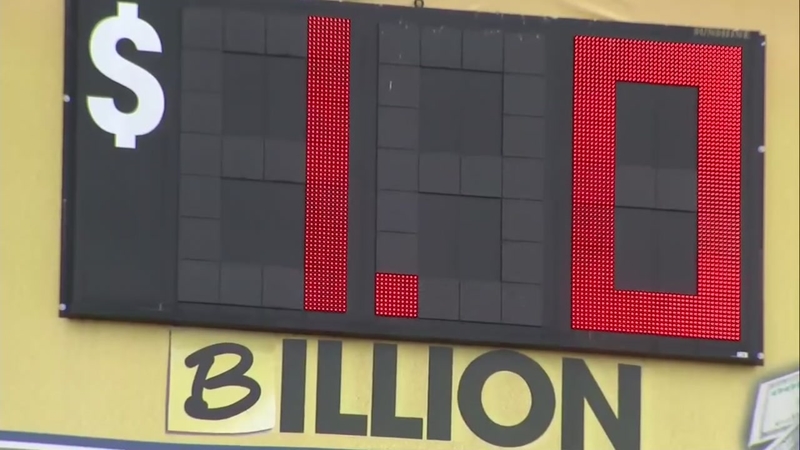 The Mega Millions jackpot has soared to $1 billion, the highest Mega Millions drawing ever. This comes with a cash option of $565 million.

On Friday night the California Lottery said there were no Mega Millions jackpot winners in the state, but one ticket sold in Morgan Hill, Calif., matched five of six numbers.

What was the biggest lottery drawing ever?

This is the largest Mega Millions jackpot ever and second largest jackpot of any U.S. lottery game.

The only other lottery drawing to ever surpass this jackpot was a Powerball drawing of $1.586 billion in 2016.

If no one wins tonight at Mega Millions, that Powerball record may be passed. The jackpot is estimated to climb to about $1.6 billion.


How big is the Powerball now?

The Mega Millions jackpot is not the only big jackpot this week. The Powerball jackpot for Saturday's drawing is up to $470 million. That means $1.47 billion combined is up for grabs.


Why is the Mega Millions jackpot so big?

This jackpot has grown so big because the last winning ticket was drawn on July 24. A California office pool of 11 co-workers shared $543 million, the largest prize ever won on a single ticket in the game.

Mega Millions jackpots start out at $40 million and roll over if there is no jackpot winner.

What are the odds of winning the Mega Millions?

How do you play the Mega Millions?

Tickets have six numbers, all of which must be matched to win the jackpot. You can choose your own six numbers or have them assigned by choosing Easy Pick/Quick Pick. Each number goes from 1 to 70, except for the final number which ranges from 1 to 25.

Mega Millions tickets are sold in 44 states plus the District of Columbia and the U.S. Virgin Islands. Tickets may be purchased for $2.

What were the winning Mega Millions numbers on Tuesday?

Nine tickets matched five numbers to win the game's second prize. One of them, sold in Texas, included the optional Megaplier and is worth $5 million. One sold in California is worth $1.9 because the state's payout system is structured differently. The other six are $1 million tickets, two of which were sold in Pennsylvania and one each in Florida, Georgia, Kentucky, New Jersey and New York.
Report a correction or typo
Related topics:
personal financeu.s. & worldmega millionslottery
Copyright © 2021 KGO-TV. All Rights Reserved.
RELATED
10 largest lottery jackpots in history
TOP STORIES
Bay Area health experts warn omicron surge is coming
Protest against vaccine mandates at Healdsburg City Hall
50 mutations in omicron could be its downfall, data shows
Biden to warn Putin of economic pain if he invades Ukraine
Arson investigation into Jack London Square Christmas tree fire
Breaking down the race for SF's Assembly District 17
Man accidentally buys 2 identical lotto tickets and wins 2 jackpots
Show More
Why feds are warning it could take months to get a passport
Monarch butterflies return to CA after almost vanishing last year
New COVID testing rules begin for international travelers
Maxwell family seeking food, soap for sister as trial continues
Family demands answers after Afghan refugee fatally shot in SF
More TOP STORIES News