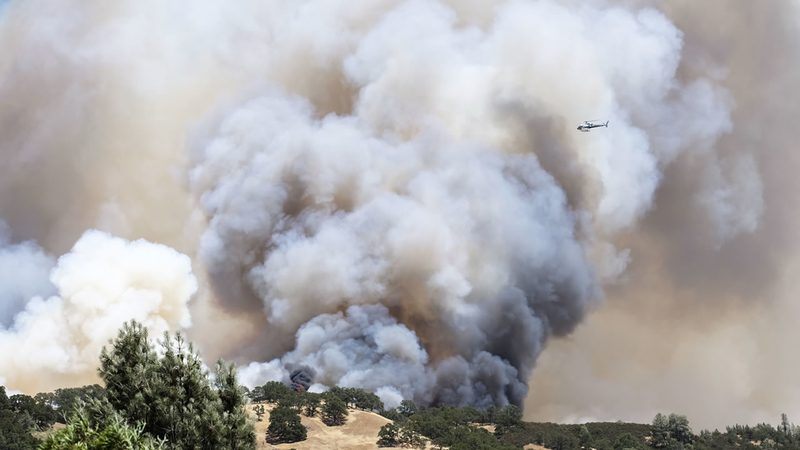 "Every year, it's the same thing every year and they don't want to clean up their forests because they have environmental problems in cleaning it up," Pres. Trump said. "It should be the opposite because you're going to lose your forests, you're losing them. It's costing our country hundreds of billions of dollars because of incompetence in California. So, the people, I'm speaking now for the people of California. They don't want to see this happen, they're getting destroyed. And it's hurting our budget, it's hurting our country and they just better get their act together."

In a state that has lost 1.5 million acres this year and suffered almost $3 billion in damage, those have proven to be inflammatory words.

While the president blamed environmental restrictions for allowing forests to grow, experts noted that half of California's wild lands belong to the federal government. Last year, 750,000 federal acres burned.

"The comments are uninformed and couldn't be further from reality," said Cal Fire Director Ken Pimlott. He described, not a California problem, but a western states problem.

Pimlott and others blame climate change.

At Sonoma State University, Professor Matthew Clark, who maps fuel in wildland areas, described President Trump's comments as being simplistic. "It's a more complex problem," he said. One that includes biology, private land ownership, and homes built in areas that historically tend to burn.

He noted that the president omitted any discussion of climate change. "In 99 percent of the science community, it is reality and the data supports it. If the president mentioned it, yeah, he would have more credibility."