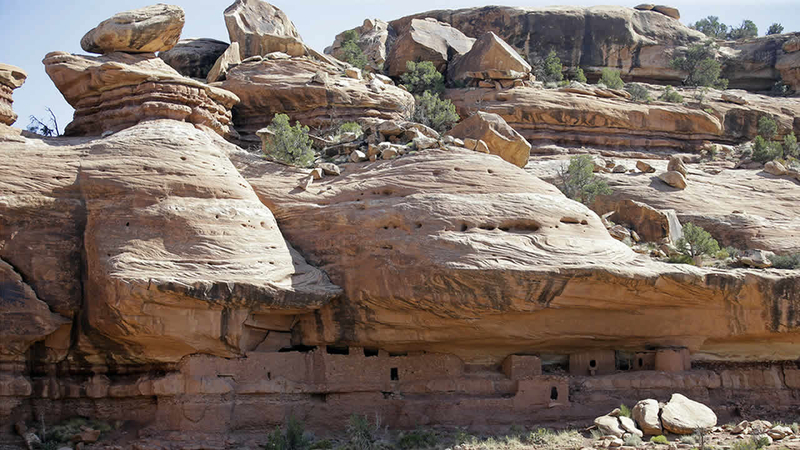 WASHINGTON (KGO) -- President Trump dramatically downsized two national monuments in Utah Monday. He cited the 1906 Antiquities Act, which past Presidents have used to designate National Monuments, to scale back instead.

President Trump says there's been "a massive federal land grab" which has taken away state's rights. He reduced by 85 percent the 1.5 million acre Bears Ears National Monument, which is dedicated to Native American culture and cut in half the Grand Staircase Escalante.

In a ceremony at the state capitol in Salt Lake City, Mr. Trump told the crowd, "Your timeless bond with the outdoors should not be replaced by the whims of regulators thousands and thousands of miles away. They don't know your land."

The President's move was met with protests in Utah and in San Francisco by environmentalists and some Native Americans.