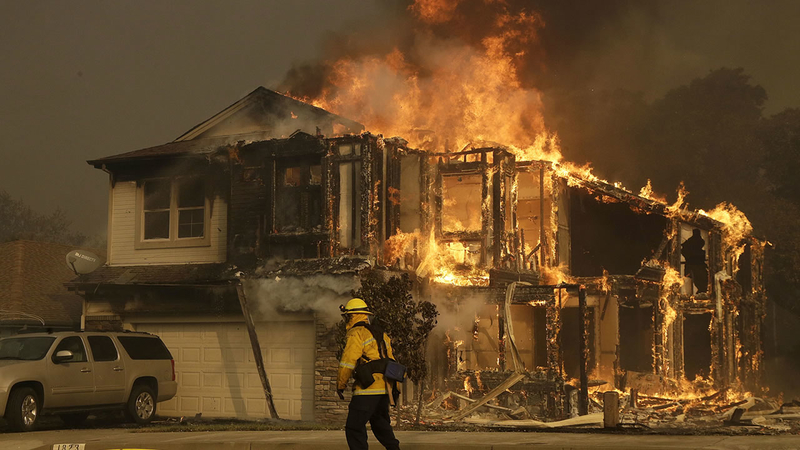 SAN FRANCISCO (KGO) -- Homeowners who may be facing non-renewal of their home insurance after the North Bay wildfires may get some help.

Some homeowners are concerned their insurance could be canceled due to high fire risks.

State Senator Bill Dodd (D-Napa) heard some of the same things we were hearing from homeowners.

Homeowners like Sue Miller-McCasey of Forestville were getting 45 day notices from their insurance company that their policy would not be renewed. "I kind of knew it was coming because my dear friend Brent also received the same notification," she said.

Dodd told ABC7 News something needed to be done. "I think it's concerning, of course, when something like this happens that they're just automatically cancelled," Dodd said.

He's proposed a bill that would require an insurance company to renew a one year policy at least twice after a home in a disaster zone has been destroyed.

Another bill from State Senator Ricardo Lara (D-Los Angeles County) would prevent insurance companies from dropping or not renewing people like Miller-McCasey whose homes escaped damage from a disaster.

The insurance industry said it's reviewing the legislation, but wonders if such reform is even needed. "So far, we have seen no evidence other than anecdotal evidence that there is a problem getting insurance in the entire state of California, including those areas that have recently suffered disasters," said Mark Sektnan of the Property Casualty Insurers Association of America.

RELATED: Some under-insured North Bay fire victims in for a shock

A report just released from the California Department of Insurance found that from 2010 to 2016, the number of non-renewal complaints it has received increased 249 percent .

However, the Property Casualty Insurers Association points out the number of complaints in 2016 was 143, a number it called insignificant.

More recent numbers have not yet been compiled.

Miller-McCasey fought her non-renewal. "I reached out to Channel 7 just hoping to possibly get my insurance reinstated," she said.

7 On Your Side contacted Liberty Mutual, but it declined to talk citing client privacy.

However, it did renew Miller-McCasey policy after she showed them the fire risk score the company gave her home did not match information from the Forestville Fire Department.

If her insurance had been cancelled, she would have been forced to purchase the much more expensive California Fair Plan policy, an insurance of last resort. "If that had happened, I probably could not afford to keep the cabin," she said.