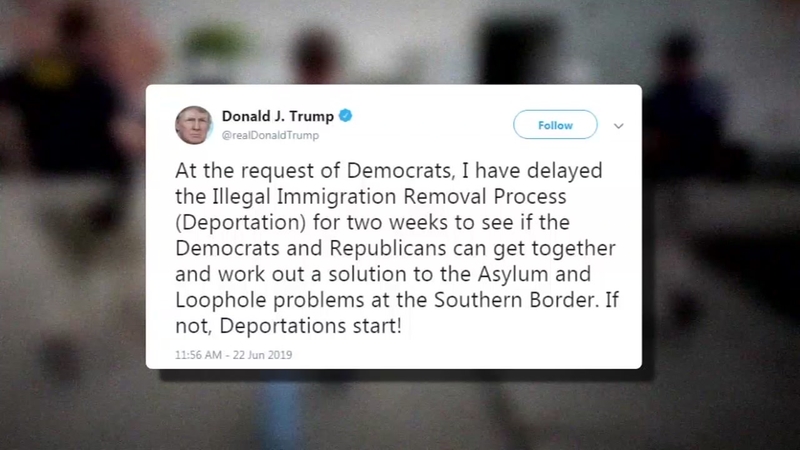 SAN FRANCISCO (KGO) -- President Donald Trump announced on Twitter that he has decided to delay Immigration and Customs Enforcement (ICE) raids by two weeks. The raids were expected to take place on Sunday.

RELATED: 'Everybody is warning everybody' San Francisco immigrant communities on edge ahead of planned ICE raids

The President said he's giving Congress two more weeks to work together on immigration reform. But the Tweet ends with President Trump saying quote "if not. Deportations start."

At the request of Democrats, I have delayed the Illegal Immigration Removal Process (Deportation) for two weeks to see if the Democrats and Republicans can get together and work out a solution to the Asylum and Loophole problems at the Southern Border. If not, Deportations start!

ICE had planned to target San Francisco and nine other cities. That terrified many people living and working in places like the Mission District.

San Francisco Police issued a statement yesterday saying officers will not help ICE in any way during any immigration raids.