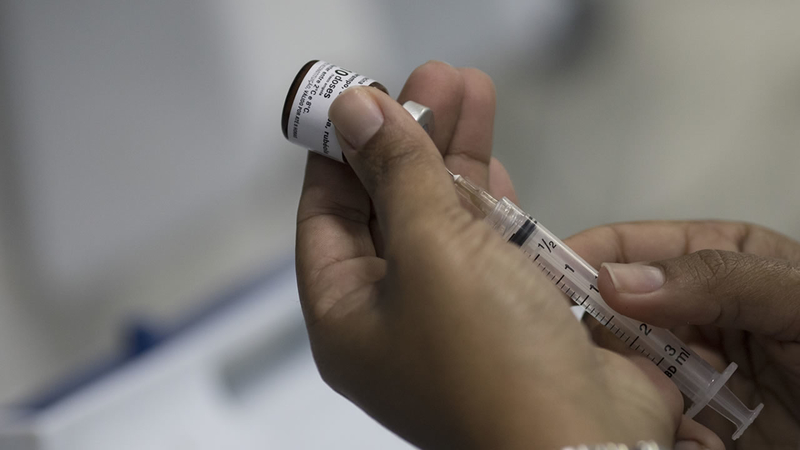 SAN JOSE, Calif. (KGO) -- Health officials are monitoring the spread of measles after a new report released by the Centers for Disease Control and Prevention showed that we could be in for a rough year.

Through mid-July, at least 107 people across the country have been diagnosed with the measles, compared to 118 cases for all of 2017. Measles is highly contagious and can be spread through coughing and sneezing.

So far, eight cases have been reported by Santa Clara County this year. A local outbreak occurred in March, when a county resident (who had not been vaccinated) traveled to Europe and brought the virus back with him to the county.

Cody says people should get the measles vaccine, not only for themselves, but for the greater good of the community.

State requires all K-12 students to get the measles vaccine unless a medical reason prohibits them from doing so.

"It is very, very rare to see measles in schools, and it's partially because we are diligent in getting those immunizations and making sure that the children are immunized against measles," said Melinda Landau, health and family support programs manager at San Jose Unified School District.

The CDC says the last multi-state measles outbreak occurred in 2015 and was linked to visitors to Disneyland. Officials believe the outbreak likely started from a traveler who became infected overseas, then visited the amusement park while infectious.

"We have high rates of vaccination in our population and that's good," says Cody. "That protects the whole community."