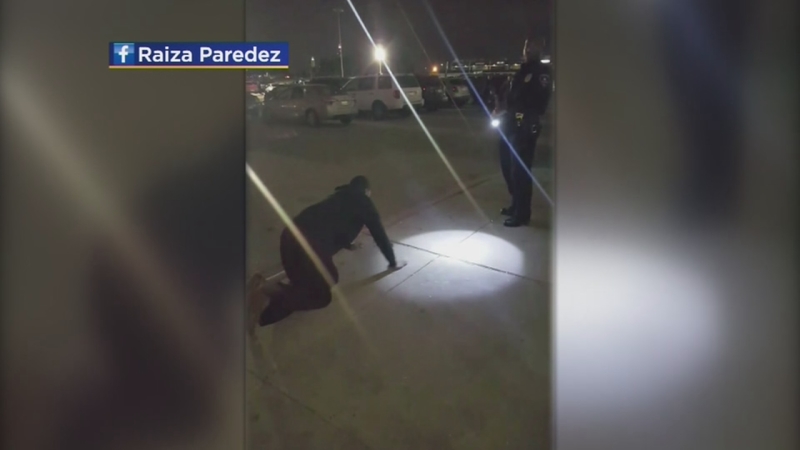 ARLINGTON, Texas -- A Texas police officer is getting a lot of attention after he caught a teen smoking weed. But it's what he did after that's receiving lots of praise.

"One thing that my department pushes is for us to have compassion and kind of think outside the box," said Eric Ball, Arlington Police Dept.

Ball was working off duty outside a movie theater when someone told him a man was smoking marijuana near the entrance.

"When I seen him, I told him to come here and he got to walking and I seen him drop something," Ball said. "He said he had been smoking marijuana, but it wasn't a usable amount."

"I just wanted to kind of teach him a lesson, to use that situation as a learning tool," Ball said. "He was real respectful. So I told him you have two options: he could go to jail or he could give me 200 push-ups. I got that from, you know I played sports in high school, coaches and stuff. I thought that would be more sufficient than writing him a drug paraphernalia ticket or something like that, because I can use my discretion.

And as you can see, the man took the push-ups and told the officer he did, in fact, learn his lesson.