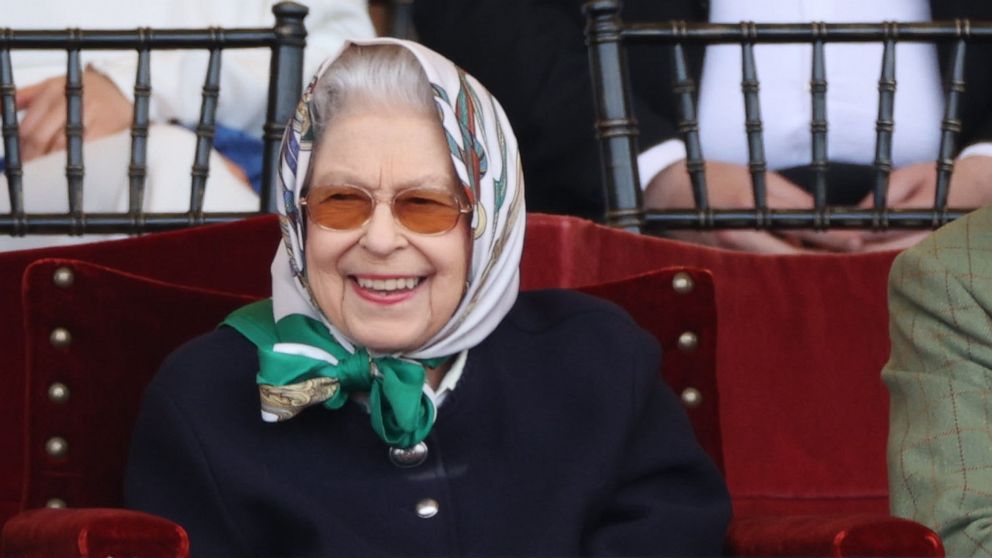 The 96-year-old queen, dressed casually in a sweater and collared shirt, appeared in good spirts as she watched the competition from her car before making her way to her seat in the stands, next to her son, Prince Edward.

From the stands, the queen got to watch her granddaughter, Lady Louise Windsor, Edwards' daughter, lead a parade through the arena in the saddle of the carriage that belonged to her late husband, Prince Philip.

Queen Elizabeth's last public appearance was in late March at a Service of Thanksgiving for Philip, who died last year at the age of 99.

While the queen has continued to maintain a busy schedule of virtual meetings, phone calls and private engagements, her public appearances have become increasingly rare.

She did not attend the opening of Parliament this week, marking the first time in nearly 60 years and only the third time in her 70-year reign that she has not attended.

Queen Elizabeth's heirs, Prince Charles and Prince William, and Charles's wife, Camilla, the Duchess of Cornwall, attended in her absence.

At the time, Buckingham Palace said the queen was not able to attend because she "continues to experience episodic mobility problems."

Over the past year, Queen Elizabeth has battled COVID-19 and was hospitalized overnight for what the palace described as "preliminary investigations."

The Royal Windsor Horse Show is an event the queen has attended nearly every year since its inception in 1943. It takes place just a short drive from Windsor Castle, where the queen spends much of her time.

When the queen turned 96 last month, the Royal Windsor Horse Show released a new photo to mark her birthday.