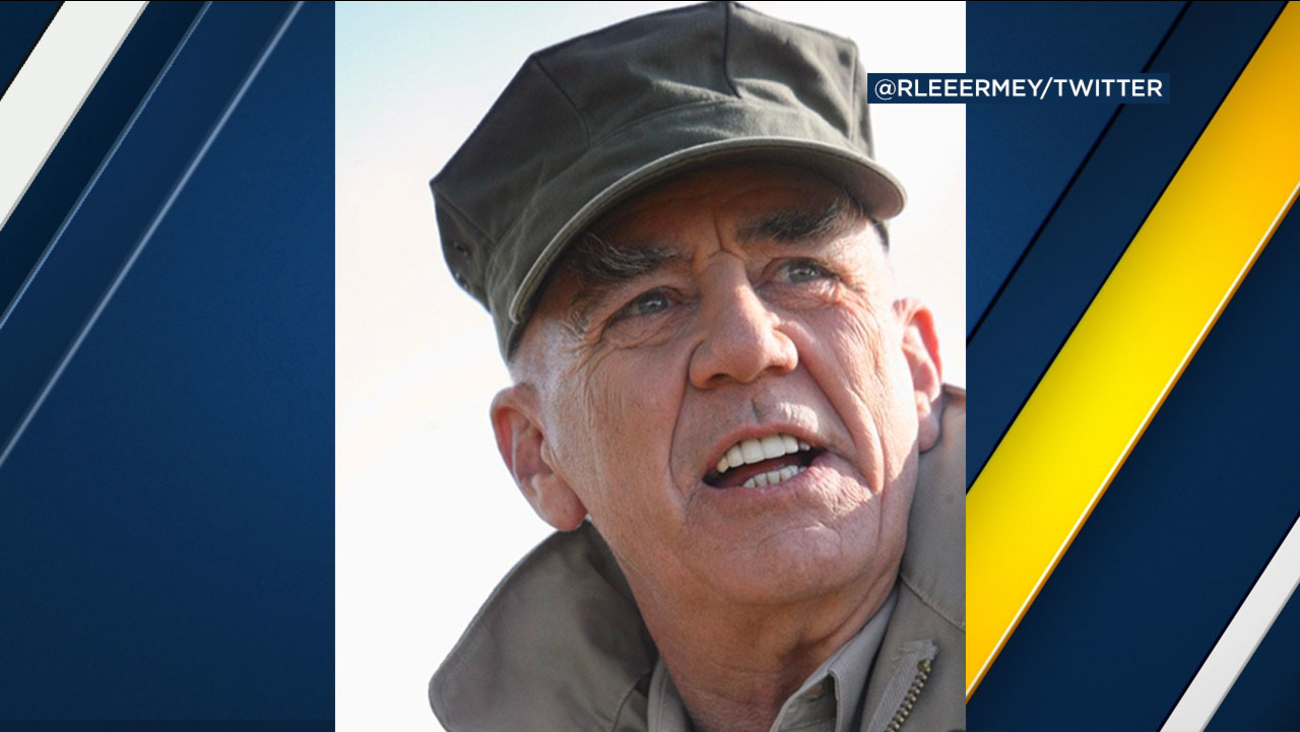 Actor R. Lee Ermey, best known for his role as a tough drill sergeant in "Full Metal Jacket" has died at age 74, his manager announced Sunday.

Ermey died from complications of pneumonia, according to manager Bill Rogin.

"He will be greatly missed by all of us. Semper Fi, Gunny. Godspeed," Rogin wrote on Twitter.

Ermey was a U.S. Marine Corps sergeant in real life and then rose to his greatest acting fame portraying Gunnery Sergeant Hartman in the Stanley Kubrick film.

He made dozens of other appearances in film and television, a number of them in military roles. He also hosted documentary shows on the military including "Lock N' Load with R. Lee Ermey" on the History Channel and "GunnyTime" on the Outdoor Channel.

It is with deep sadness that I regret to inform you all that R. Lee Ermey ("The Gunny") passed away this morning from complications of pneumonia. He will be greatly missed by all of us.