UPPER WEST SIDE, Manhattan -- A mariachi band has performed songs including "La Cucaracha" during a protest in front of the apartment of a New York City lawyer caught on video ranting against Spanish-speaking workers.

The band stood shoulder-to-shoulder facing the Upper West Side condo.

Elected officials say the lawyer's name is Aaron Schlossberg. The vile, racist diatribe he spewed in a Midtown salad bar has now reached online infamy after he was caught on a cellphone camera berating the workers there for speaking Spanish.

In the past few days, he has been chased down the street by the tabloids, evicted from his office - and on Friday, serenaded in Spanish.

"This message that we're sending to him is not just to him. It's to every single person in America - every single racist. If they think they can openly attack our communities, man, there's going to be a response," says organizer Carlos Jesus Calzadilla.

A Crowdfunding effort raised $1,000 for the mariachi band, and Facebook members filled the pen across from Schlossberg's luxury condo for a fiesta of sorts.

It was the ultimate act of trolling, and his neighbors did not seem to mind a bit.

"This is a day of reckoning, and I'm happy to see it," said Terry Kahn.

It is not clear whether the lawyer was home to enjoy the concert, but one of the people downstairs did not really care one way or the other.

"If not for him," one of them said, "We would never have come together." 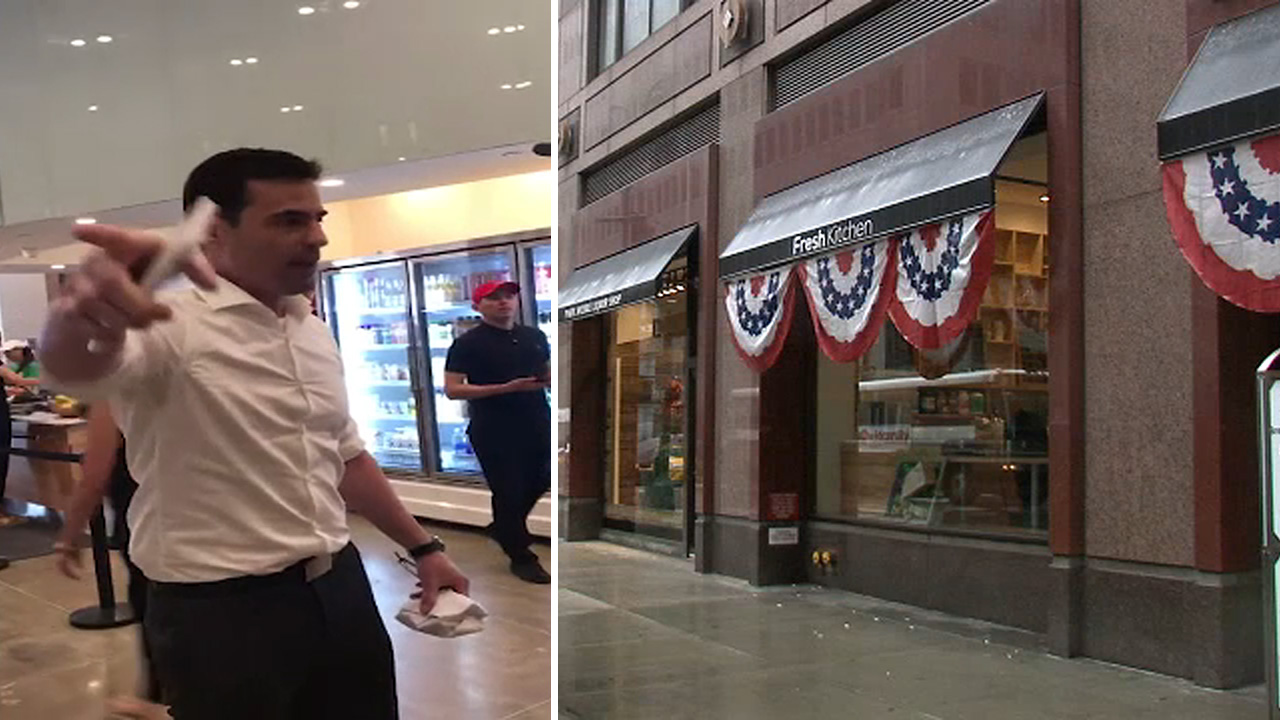