By Anthony Flores and Julianne Herrera

Oakland Raiders tight end Derek Carrier celebrates in the end zone during a game against the Pittsburgh Steelers in Oakland, Calif. on Sunday, Dec. 9, 2018. (KGO-TV)

SAN FRANCISCO -- Today was a fun football Sunday for NFL fans in the Bay Area!

For the first time all season, whether you wear you wear silver and black, or red and gold, you got to celebrate a win.

Raiders quarterback Derek Carr threw for a late touchdown to retake the lead, and ultimately beat the Pittsburgh Steelers.

Ben Roethlisberger was pulled from the game with a rib injury near the end of the third quarter. Nevertheless, he walked out of the Coliseum 0-4 against the Raiders in Oakland. In fact, the Raiders are the only AFC team Big Ben hasn't conquered on the road.

Ben Roethlisberger is 0-4 in his career at Oakland.

As for the 49ers, they carved out a piece of history of their own.

Tight end George Kittle hauled in the most receiving yards in a first half by any NFL player since 1991.

His 85-yard touchdown catch and run in the second quarter helped out with that one. He also set the 49ers record for most yards by a tight end in a single game, and is on his way to becoming the first tight end in team history to have more than a thousand yards receiving in a season.

Neither team has any playoff hopes left this season. Our Bay Area franchises have matching 3-10 records (tied with the Arizona Cardinals for worst in the league), and are in contention for the first overall pick in the 2019 NFL Draft.

Take a look at the most recent stories and videos about the Raiders here and the 49ers here.
Report a correction or typo
Related topics:
sportsoaklandsanta claralevi's stadiumsan francisco 49ersnflfootballoakland coliseumoakland raidersbay area events
RELATED 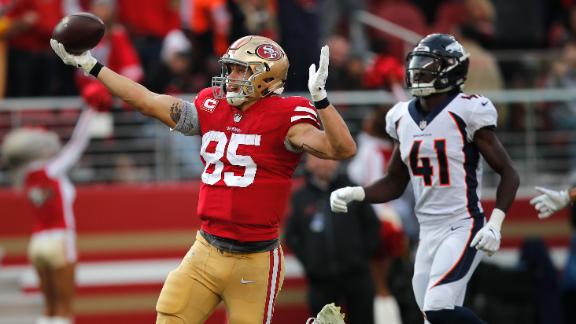 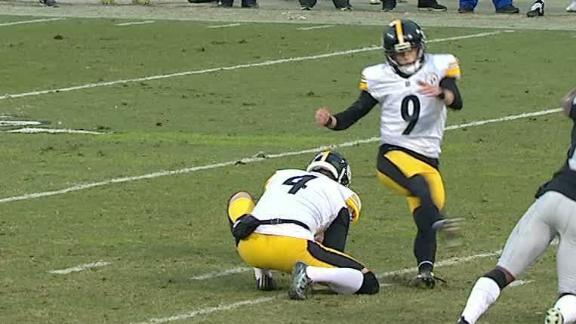