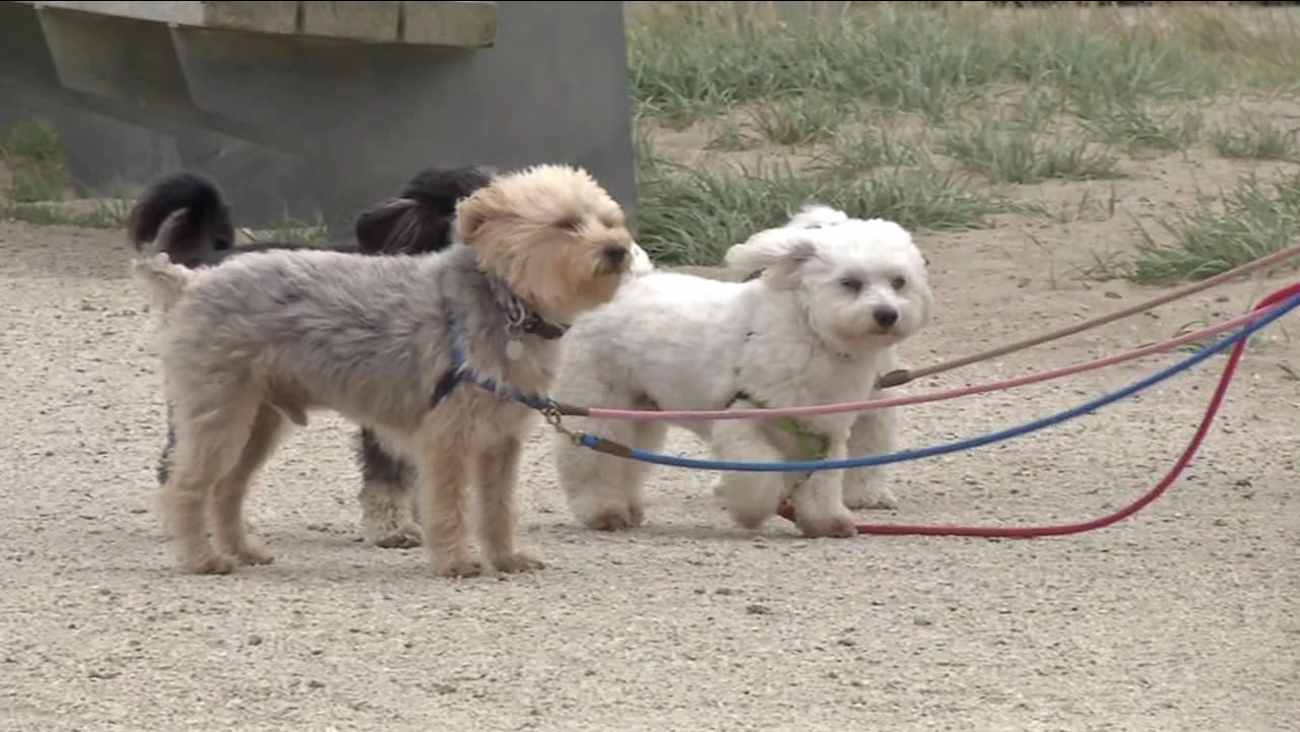 The GGNRA's proposed plan would place new limits on recreation areas that have been open to the public for more than 40 years, according to Save Our Recreation, a coalition formed to fight the proposal.

"This is a major metropolitan area, and we need open spaces," said San Francisco resident Andrea Buffa. "We need to be able to go out in nature, and I'm afraid that could be jeopardized."

Buffa said part of what makes the Bay Area an enjoyable place to live is its relative closeness to public open spaces.

"It's really important that people have a livable city," she said.

The GGNRA is an 80,000-acre U.S. National Recreation Area managed by the National Park Service.

In 2011, the GGNRA released an initial draft of its Dog Management Plan, which would restrict what areas dogs and unleashed dogs would be allowed.

The draft prompted around 4,500 public comments on the issue ranging from supporting the changes to forgoing any changes to seeking more input from residents before implementing any changes.

Last year, the GGNRA released an amended proposal for changes that would, among other things, reduce the areas open to off-leash dogs. The proposal also prompted thousands of public comments.

National Parks Service spokesman Howard Levitt said a draft rule on the proposal should be released later this year and would likely go into effect in late 2015.

Levitt said the proposal limits where dogs will be allowed, but it includes seven areas for off-leash dogs and dozens of areas for leashed dogs.

He said the NPS takes all park visitors into consideration including dog owners and people who don't want to deal with dogs in the park.

"At the end of the day, we are hoping to achieve a plan that will provide people with a variety of experiences," he said.

Levitt said there have been several incidents involving dogs that have led to the stricter dog policy including dogs biting park visitors and park employees and dogs fighting other dogs.

U.S. Rep. Jackie Speier, D-San Mateo, said she wants to see the NPS listen and engage with Bay Area residents' about their concerns with the proposal's elimination of off-leash areas.

"Enough with the restrictions," Speier said. "Let's come up with commonsense approaches to make the GGNRA accessible to all forms of recreation."

Speier said if the GGNRA goes through with the proposal, off-leash dogs wouldn't be allowed in 99.9 percent of its areas.

"It's devastating to those who want to recreate, particularly with their dogs," Speier said.

Supervisors David Chiu, of San Francisco County, Kate Sears, of Marin County, and Don Horsley, of San Mateo County, all spoke out against the proposal.

"The GGNRA is our backyard," Sears said. "The areas are precious to our way of life."

San Francisco Mayor Ed Lee didn't attend the press conference but asked the GGNRA in a letter to "actively engage with San Francisco to create a better balance that considers the unique needs of dense urban cities."