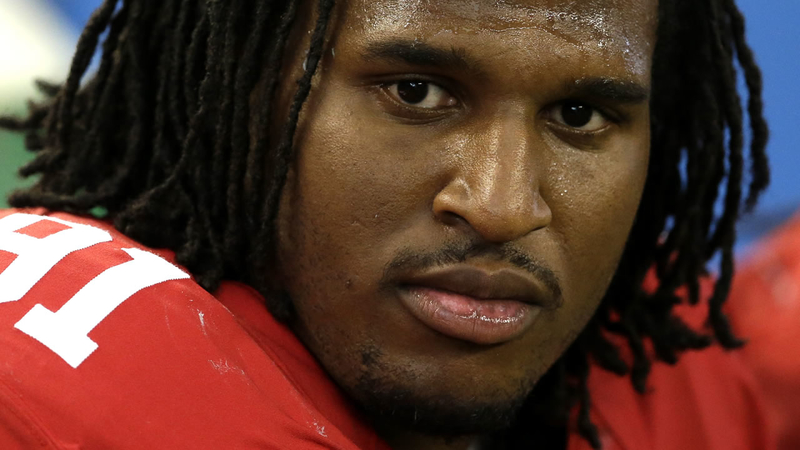 This time it's Jonathan Dwyer of the Arizona Cardinals. He's being questioned by police in Phoenix about an incident between him and his wife that reportedly occurred a while ago.

A resolution has been submitted to the Santa Clara City Council to condemn the 49ers for allowing Ray McDonald to keep playing while still under investigation for domestic abuse. It was written by Kathleen Krenek, executive director of Next Door Solutions, a non-profit that helps victims of domestic violence.

"Now is the time for them to say -- we have values in our community and if you're going to come to our community, you have to adhere to those values," she said.

That could be a tough call for Santa Clara. While the city provided land for transitional housing for victims of abuse, it's also the city with close ties to the Niners that made its new stadium possible.

Football fans want to see their team win. But criticism over letting McDonald play is putting pressure on sponsors. Women are major decision makers in the consumer marketplace. As they speak out, it puts the league and the team in defensive mode. And there has been no effort to address damage to their image.

"Right now, the teams want to go further in forgiving this kind of behavior than in the best interests in the long run for the league," said Stanford Sports Economist Professor Roger Noll, Ph.D.

Noll says pro football has a deep problem no one is addressing as more and more players get arrested for a wide range of incidents, including driving under the influence and possession of assault weapons.

"The incidents of anti-social behavior by NFL players is growing, and it sticks out in contrast to the other sports," he said. "So I think the NFL has a systemic problem that it must address that goes well beyond what we do with McDonald and what we do with Rice."

49ers Coach Jim Harbaugh is stuck between team management and players with a mandate to win. And he failed to address ABC7 News' question at his weekly news conference whether the mounting pressure to bench McDonald is influencing him.

That's the extent of his response before launching into a comment about respecting the process.

In the meantime, House Minority Leader Nancy Pelosi says that for now the NFL's investigation into its handling of the domestic violence case involving Rice is an appropriate response.

When asked whether NFL Commissioner Roger Goodell should resign over the way his office handled the incident, the California Democrat sidestepped the question. But she didn't rule out that Congress would reconsider the NFL'S anti-trust exemption, which allows teams to negotiate radio and television broadcast rights together.

Pelosi told reporters at the Capitol on Wednesday that the outcome of the investigation "will be self-evident to the NFL." Pelosi also says the 49ers, her hometown team, should not have let McDonald play last weekend. McDonald was arrested last month on suspicion of domestic violence.