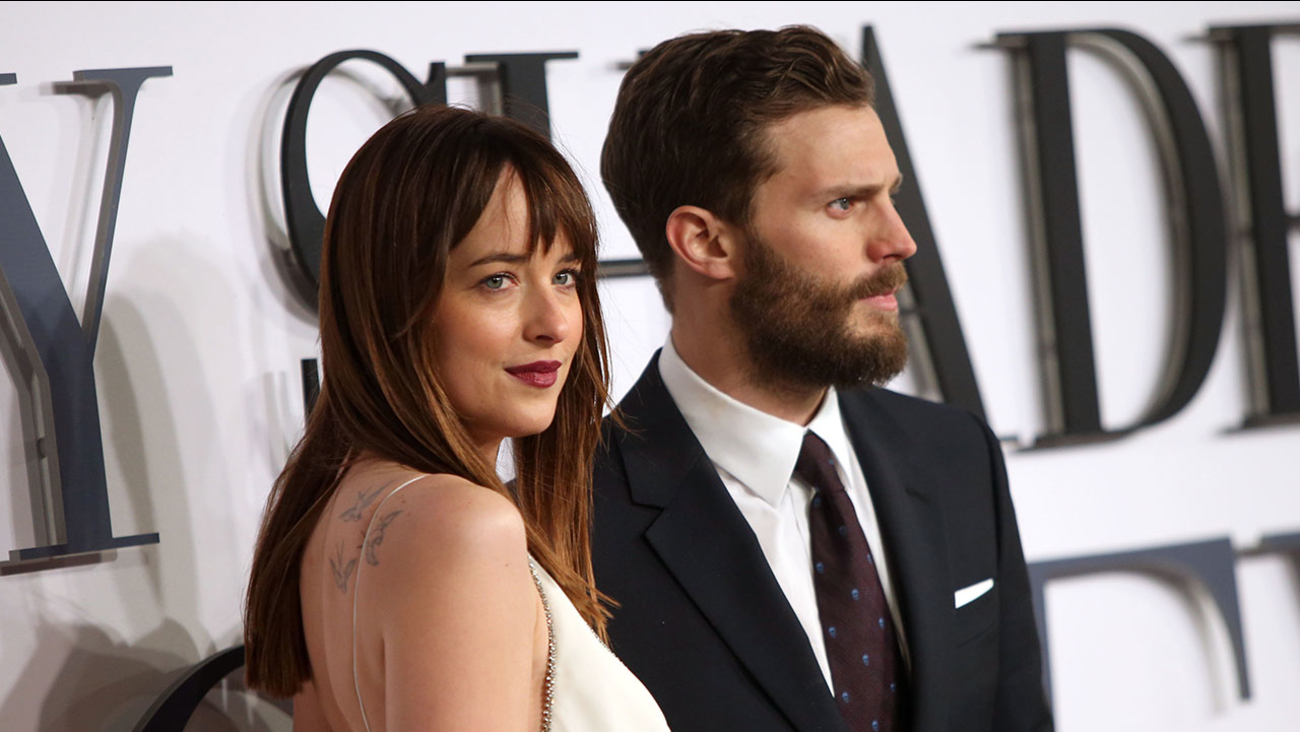 Jamie Dornan and Dakota Johnson pose for photographers upon arrival at the UK premiere of the film ''Fifty Shades of Grey'' in London, Thursday, Feb. 12, 2015. (Joel Ryan/Invision for Universal Pictures/AP Images)

Some movies, such as Fifty Shades of Grey, are so bad, they deserve recognition. At least, that's the verdict of the committee for the Raspberry Awards.

More commonly known as the "RAZZIES," the show calls out supreme underachievement in Hollywood for categories such as "worst film" and "worst actor." The naughty romantic movie, which came out last February, received five of the top honors at the award show.

The awards ceremony comes the eve before the 2016 Oscar ceremony, and many past Oscar winners can be found on the RAZZIES list. That's because, the site explains, the award show is meant to encourage acclaimed actors and filmmakers to own up to their worst works.

"The $4.97 gold spray-painted Razzie Award is handed out to otherwise great talent who should know better than to associate their name with sub-par projects," reads the awards' Twitter bio.

Last year they even began a category for past RAZZIES winners and nominees who had seen the error of their ways, dubbed "The Redeemer Award."

Here are the not-so-lucky winners in each category:

WORST SUPPORTING ACTRESS
WINNER: Kaley Cuoco-Sweeting in Alvin and The Chipmunks: Road Chip (Voice Only) and The Wedding Ringer
Rooney Mara in Pan
Michelle Monaghan in Pixels
Julianne Moore in Seventh Son
Amanda Seyfried in Love the Coopers and Pan

WORST SCREENPLAY
WINNER: Fifty Shades of Grey by Kelly Marcel, Based on the Novel by E.L. James
Fantastic Four by Simon Kinberg, Jeremy Slater and Josh Trank, Based on the Marvel comic book by Stan Lee and Jack Kirby
Jupiter Ascending by Andy and Lana Wachowski
Paul Blart Mall Cop 2 by Kevin James and Nick Bakay
Pixels by Tim Herlihy and Timothy Dowling, Story by Herlihy, Based on a Work by Patrick Jean

The nominees for the RAZZIES were determined by voting from paying members of its committee.

To make the nominations announcement in January, the organization released a unique video that gave another humorous twist to the already half-serious proceedings. In it, an experiment "test subject" is forced to listen to the nominees in a way that, for a film-lover, seems to amount to torture.