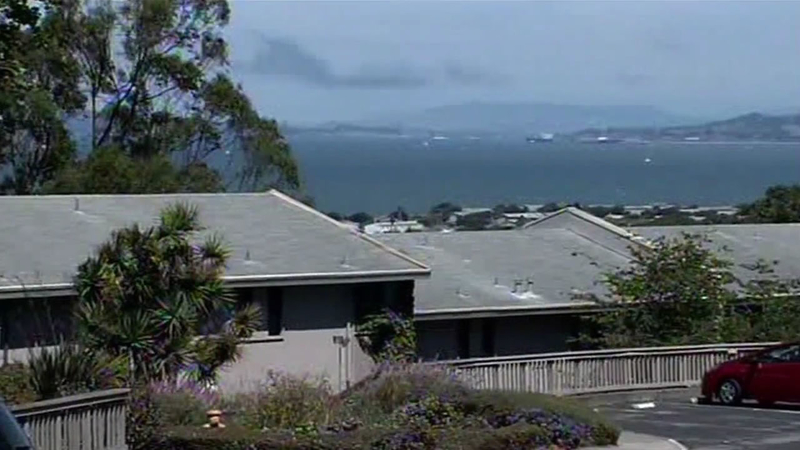 SAN FRANCISCO (KGO) -- About 100 people live on Yerba Buena Island, enjoying spectacular views and affordable rents. But now they are being told to leave the former Navy housing because of a long-time development plan by the San Francisco to build market rate condos, a hotel and a ferry terminal.

Residents of Yerba Buena Island are fighting the landlord who is trying to evict them. The city of San Francisco. pic.twitter.com/Zi7YgFnRtD

The Kulikovs, a family of six, have lived on Yerba Buena since 2002 and, like everyone on the island, must get out by next month. The notice is upsetting but not unexpected.

"There was always an understanding that this was temporary and we are offering everybody one to one replacement housing on Treasure Island," San Francisco Supervisor Jane Kim said.

But many Yerba Buena residents don't want to move to Treasure Island, concerned about crime and contaminated soil that the Navy has spent millions cleaning up.

The Kilikovs also say the apartment they've been offered is not comparable.

Another option the city is providing is relocation packages to those who want to leave, but many feel they should be allowed to return when the new $1.5 billion development is done.

"I feel like they are not only moving us out of the island, they're moving out of the city. Not only only for me but for anybody of the working class people," Kulikov said.

Only a few of the new condos on Yerba Buena will be affordable, but Supervisor Kim considers Treasure Island's planned development part of the package.

"We're building close to 28 percent affordable housing on the island, on both Treasure Island and Yerba Buena," she said.